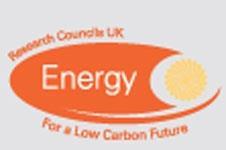 Scientists in the UK have drawn up plans for the world’s first nuclear fusion power station, which could be online in 20 years.

Unlike a conventional nuclear power station, nuclear fusion provides clean, safe, carbon-free power with a minimum of radioactive waste. However, up until now the theory has never been successfully put into practice due to the massive technical challenges.

A report in the Sunday Times however says the Research Councils UK (RCUK), which oversees the British government’s spending on science and technology, has stated it believes that many of those obstacles are close to being overcome.

It wants to commit Britain to a 20-year research and construction plan that would see a fusion power station in operation around 2030.

Didcot in Oxfordshire is among the sites under consideration for the so-called Hiper project.

The RCUK report has been put together by a group of independent fusion experts. It concludes that a demonstration fusion plant would be big enough to generate power comparable to a commercial power station.