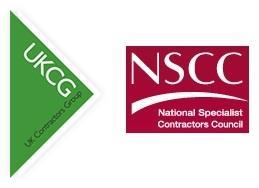 Trade associations the UK Contractors’ Group (UKCG) and the National Specialist Contractors Council (NSCC) have entered talks that could result in a merger of the two bodies.

In a joint statement, UKCG and NSCC, which represent tier one contractors and specialist contractors respectively, said they were discussing options to create a “strong collective voice for the contracting supply chain”.

UKCG director Stephen Ratcliffe also announced he intends to step down from his role in June 2015, potentially paving the way for NSCC chief executive Suzannah Nichol to lead any combined body.

The two organisations said they had found they shared “a common position on a range of issues” over the past 12 months, adding: “Both organisations recognise that the key to a successful industry is trust within the supply chain.”

The statement added: “NSCC and UKCG representatives are currently discussing how a strong collective voice for the contracting supply chain in construction could be realised leading to a more efficient and collaborative industry.

“This could include a new organisation bringing together UKCG Contractor Members and Trade Associations currently in membership of either NSCC or the UKCG.”