UKGBC: Buildings must be forced to improve efficiency 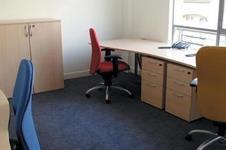 The UK Green Building Council is calling for the government to force the worst performing non-domestic buildings to be made more energy efficient.

As part of its green building manifesto launched today at Ecobuild, the UKGBC says that to make significant progress in cutting carbon emissions, government should mandate refurbishment of the worst performing non-domestic buildings in both the public and private sector.

Around 17% of carbon emissions come from non-domestic buildings. Whilst the Carbon Reduction Commitment is a start it will not be enough says the UKGBC.

As part of this approach it is calling for display energy certificates to be made mandatory to highlight the issue and for the private sector to pre-empt this by voluntarily commissioning DECs.

Other measures called for in the manifesto include committing to a 50% cut in carbon emissions from the built environment by 2020, sticking to the zero carbon targets for new domestic and no-domestic buildings, making low carbon home refurbishment attractive and affordable and encouraging the installation of sustainable community infrastructure such as district heating networks.