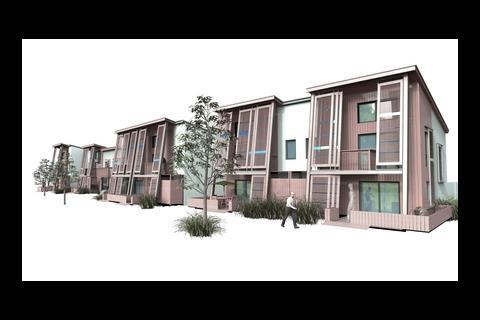 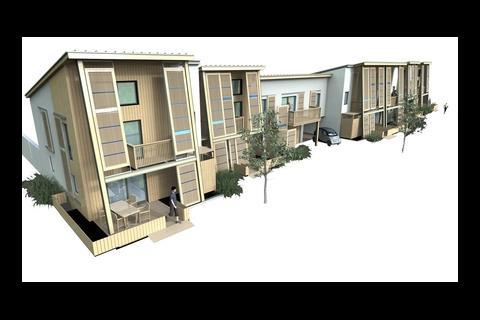 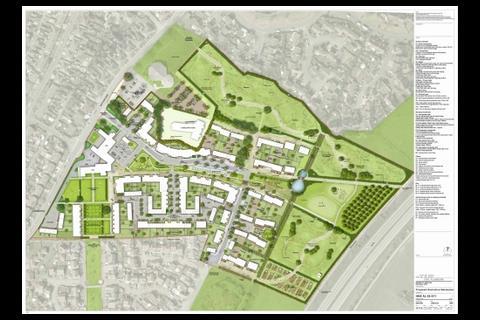 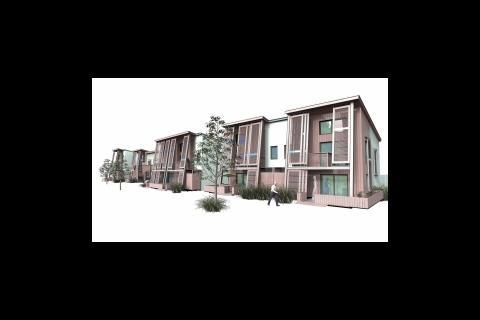 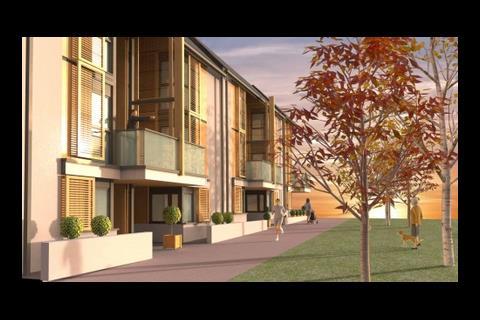 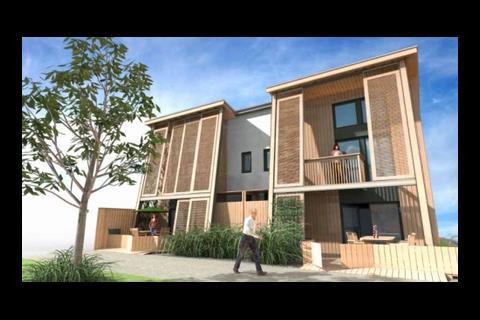 Detailed plans for the biggest code for sustainable homes (CSH) level six development in the planning system have been submitted to South Gloucestershire Council.

The designs for the Barratt development of Hanham Hall, near Bristol, are by north London-based HTA Architects. The 195-house scheme, including 65 affordable homes, is intended to be the first of the government-sponsored Carbon Challenge developments.

HTA head of sustainability and innovation, Rory Bergin, said the scheme would be powered by a CHP plant feeding off biomass or biogas, which will be managed by E.ON.

The Grade II* listed Hanham Hall itself is being renovated to provide healthcare, commercial, community and leisure facilities.

The Carbon Challenge developments were initially promoted by English Partnerships (which is now part of the Homes and Communities Agency) as a means to help move house builders towards the government’s 10-year carbon reduction targets.

Carbon Challenge developments are given tools and expertise to help them meet code six targets. Arup is the engineer on the project.