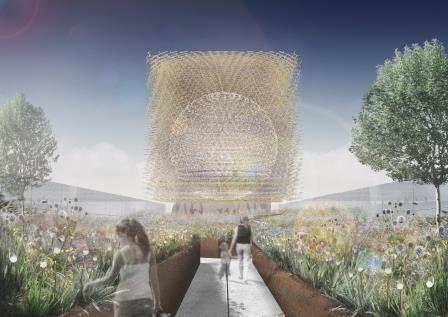 The £6 million British pavilion at next year’s Milan Expo will knock spots off its competitors, the UKTI predicted as it released new images and details of the project.

Wolfgang Buttress and BDP’s competition-winning design is the only pavilion that will give the 20 million-plus expected visitors an “immersive experience” from start to finish, said Hannah Corbett, commissioner general at the UKTI.

“We are feeling quite confident that what we have will project something quite different from our competitors,” she said.

“It’s much bigger than just a pavilion on a site among other pavilions. It’s about promoting the UK, its creativity and skills. We’re trying to build on the success of the Olympics and the Shanghai Expo.”

Buttress, who has designed the pavilion as a garden and bee hive, said his intention was for visitors to get a sense of what it was like to be a bee, with flowers planted at eye level and the sound of humming rising as they neared the pavilion’s focus.

Visitors will walk through landscaping designed to evoke British countryside towards the hive, a 14sq m aluminium lattice cube lifted above the 100m x 20m plot.

At the heart of this honeycomb cube is a 9m spherical void studded with coloured LEDs and speakers linked to a real British bee hive. The sound and lighting effects will vary throughout the day as the bees’ own activity levels change.

This effect is created using a piece of British technology called an accelerometer that allows bee keepers to monitor the state of large numbers of hives and determine when the bees are about to swarm.

Buttress said the hive, which will be constructed from tens of thousands of bespoke and proprietary parts, was built using the Fibonacci sequence.

“From afar it works from the micro as well as the macro,” he said. “One of the lovelt things is the space is as important as the form. Inside the space the detailing will look amazing. It harks back to the Paxton and Buckminster Fuller expos. We see ourselves as part of that tradition.”

Visitors will be able to walk in the “dappled shade” under the hive where performances will be staged. They can also go upstairs and enter the hive itself. This second level will also contain a 300sq m social space with a bar and views over the site.

The 1,910sq m pavilion also features business suites, a kitchen and toilets in a block designed by BDP which is also designing the landscaping. 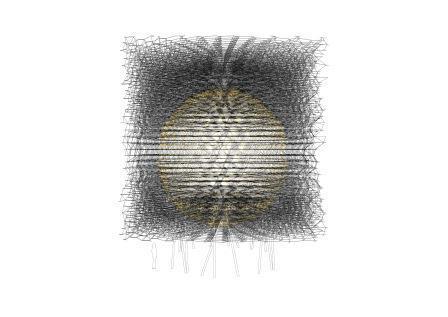 Elevation of the Hive by Wolfgang Buttress: British Pavilion at the Milan Expo 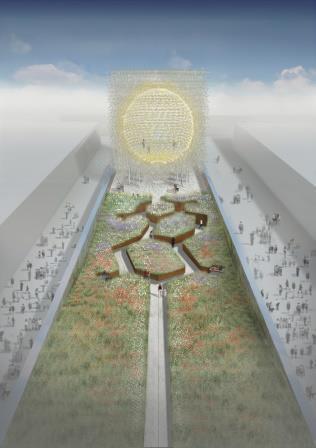 Bird’s eye view of the Hive by Wolfgang Buttress: British Pavilion at the Milan Expo