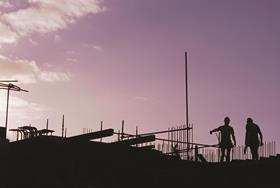 The UK construction market is heading for “significant failure” because of contractors underbidding, the boss of the UK’s largest private M&E contractor NG Bailey has said.

Speaking as the M&E contractor exclusively revealed its results to Building magazine this week, David Hurcomb – who previously held board roles at contractors Carillion and Mansell – said he believed “some medium contractors will go bump within two years”.

He said: “The prices that work is going for are pretty scary. All it means is there’s going be some big losses in a couple of years time.

“In certain parts of the market the perfect storm is there for significant failure. There’s too many people and not enough work [and] contractors are taking on risks they don’t fully understand.”

He called for “sanity to prevail” in terms of contractors’ pricing of jobs and said contractors were “buying up problems” by taking on subcontractors at “unsustainable prices”.

He said: “Some of these subcontractors won’t be there to finish the projects. This is what we saw in the nineties when the supply chain was virtually murdered .”

He admitted NG Bailey – which this week revealed a return to a pre-tax profit of £7.2m – also had “problem jobs” and said the wider M&E sector had been “decimated” and would see further casualties beyond giants MJN Colston and Airedale, which collapsed earlier this year.

He added: “We lose jobs by significant margins at times - below cost - so there is a dogfight going on out there.”