All three unions in construction back latest offer for more than 500,000 workers covered by CIJC 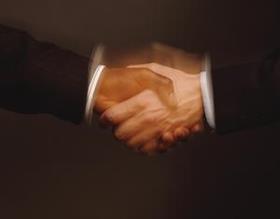 The three trade unions operating in the construction industry are recommending more than 500,000 workers accept a new 6% pay offer from employers covered by the Construction Industry Joint Council (CIJC) agreement.

Earlier this month, the GMB, Ucatt and Unite rejected a proposed pay rise of a 1% rise from January 2014 followed by a further 1% from September and 2.5% in 2015, calling it “derisory”.

Phil Whitehurst, GMB national officer for construction, said: “Construction workers have suffered badly over the past six years due to the recession.

“GMB was hoping for the employers to recognise this and that they would make a more substantial offer particularly as the pay rates in this agreement lag far behind best practice in the industry.

“After protracted negotiations this is the best deal we can get and all three unions are recommending acceptance to their members. When we have the offer in written form from the employers GMB will consult members.”

Ucatt general secretary Steve Murphy said: “This is the best offer which could be achieved through long and arduous negotiations. This is an improvement on previous offers from the employer’s side.

“However, even with the increase in pay these rates do not reflect the hard work, skills and dedication of construction workers.”

John Allott, Unite’s national officer for construction, said: “The employers’ latest offer is an improvement from where they started. We have held a series of tough negotiations over a number of months and this is the best we could achieve across the negotiating table.”