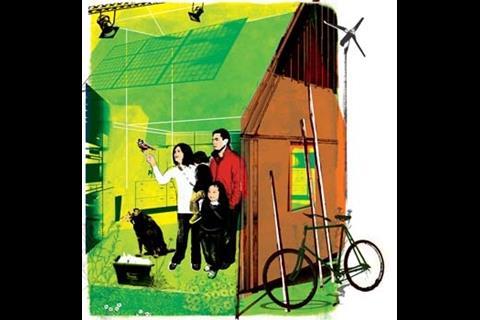 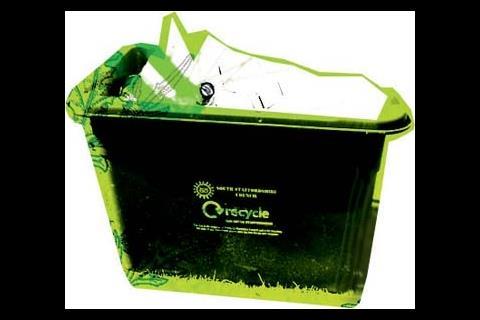 Gordon Brown is promising 10 new eco towns, but are we buying into another illusion? (Anybody here remember the millennium villages?)

In May, Gordon Brown promised us five eco-towns if he became prime minister. Five months later, duly crowned, he doubled the number to 10. So he’s excited by the idea, but what exactly has he got us into? What is an eco-town, anyway? How does it differ from the bog standard towns we are all familiar with? And is there a hidden political agenda?

In trying to grapple with these issues, the place to start is the Eco-town Prospectus, published by the communities department in July 2007. The front cover has a photograph of the very striking Chase Tower apartment block, which is part of the Newhall development in Harlow, Essex. It’s an interesting place to visit – and photograph – but it hardly rates as an eco-town - more a cutting-edge housing estate.

What other examples does the prospectus look at? There is quite a lot about the yet-to-be-built Northstowe, a new town already under construction near Cambridge. Gordon Brown referred to it when he first mentioned the eco-town idea back in May and everyone thought it would become the first one. But now the mandarins seem to have back-pedalled and will say only that they want Northstowe to be “an exemplar”. Cranbrook in Devon seems to be in a similar boat: as it’s already on the drawing board, it is not eligible for eco-town status.

The prospectus looks across to Europe for examples of best practice, and features well-known and much visited schemes such as Vauban near Freiburg, Germany (5,000 homes), and Hammarby Sjöstad, near Stockholm (10,000 homes).

The only British town that it mentions is Letchworth, the original garden city, which is more than a 100 years old. What are we meant to make of that? That despite a century of building new towns, we have learned nothing? Just like football, we invented the game and now Johnny Foreigner is showing us how to play it.

The only British town that it mentions is Letchworth, the original garden city, which is more than a 100 years old. despite a century of building new towns, have we learned nothing?

It is interesting to note that part of Ebenezer Howard’s design brief for Letchworth was to provide “well-designed houses with gardens set on tree-lined avenues, clean and healthy work places and a pleasant and healthy environment in which to live, work and follow leisure pursuits.” Contrast that with the description in the communities department’s prospectus: “Eco-towns should promote healthy and sustainable environments through design and planning to deliver physical and mental health benefits.” What has changed? Swap the gardens for a roof-full of photovoltaics and you have eco-Letchworth.

Howard famously banned pubs from Letchworth, hoping the denizens of his model town would get their kicks from lemonade, gardening and cycling instead. Could it be that our new eco-towns will extend their brief in a similar manner, thus neatly addressing the problems of binge drinking and obesity?

The requirements for eco-town status push every button that can be pressed. They will be zero-carbon, water-efficient, flood-managed and biodiverse.

Eco-towns will be masterplanned to the nth degree. Of the housing, between 30 and 50% will be affordable, car use will be discouraged and public transport will be of the highest quality. There will be local jobs for local people, together with good schools and health centres. Everything will have been thought through, so lives can be lived sustainably from cradle to grave.

But, as worthy as these aims sound, in reality they are not that different to how all new communities are planned. The zero-carbon status may sound new and challenging, but the Code for Sustainable Homes is intimating that new houses will have to meet this standard by 2016. This hardly makes the eco-towns exceptional.

The cynical will be wondering if the whole idea is to place a large number of natural Labour supporters in the Tory
shires: gerrymandering on a grand scale

So why bring forward this eco-town proposal at all. And why now? Well there is one essential requirement that stands out as being a little different. It’s the very first one on the list, and it states:

“Eco-towns must be new settlements – separate and distinct from existing towns but well linked to them.” Why throw that into the mix? What is remotely eco about it? In terms of transportation, building away from existing urban centres is very bad news. It requires much more infrastructure and adds to travel and commuting times. Why abandon the policy thrusts towards urban extensions and regenerating brownfield?

It could be that policy-makers are under pressure to once again to open up the green belt because many of the best brownfield sites have been developed. Maybe Brown is hoping that everyone will be so excited at the prospect of having an eco-town nearby that they will drop their guard and allow previously sacrosanct land to be developed.

The even more cynical will be wondering if the whole idea is to place a large number of natural Labour supporters in the Tory shires: gerrymandering on a grand scale. No doubt the local parties will be watching with interest when the sites begin to be selected next year.

The reality is likely to be more mundane. We’ve had exemplar housing initiatives before, most notably the millennium villages, which arrived with a great fanfare of publicity but soon got sidetracked by a lack of enthusiasm, not to mention interminable planning disputes. The eco-town proposal is likely to follow a similar pattern when the difficulty of finding suitable sites emerges. My bet is that we’ll end up with, at most, two eco-towns before the whole idea gets quietly forgotten.

Here’s one we masterplanned earlier

Situated eight miles west of Cambridge, Cambourne is an interesting case of masterplanning in action. It has recently been put under the microscope by Steve Platt of Cambridge Architectural Research. His findings are available at the Inspire East website.

Cambourne was designed as a sustainable community and thus bears comparison with European exemplars such as Hammarby Sjöstad and Vauban. Cambourne started life in 1996 with a masterplan drawn up by Sir Terry Farrell, which included a number of radical features, most notably a community CHP scheme which was to be fuelled by locally grown willow coppicing. When worked started on the houses in 1998, this proposal was (unsurprisingly) dropped by developers.

Although there are business parks in Cambourne, not many of the residents of the 4,200 homes actually work there, and car ownership and use in Cambourne runs at the same levels as the surrounding Cambridgeshire villages. Provision for a bus running every 10 minutes into Cambridge was all part of the master plan but this level of service has only just been implemented, a decade after the first homes were occupied. In the meantime, the residents have got used to driving everywhere. It’s also not large enough for a secondary school, which causes a lot of extra travelling. Indeed, patterns of car use and commuting are virtually identical to the rest of South Cambridgeshire. It looks as though, despite all the green ideas that went into Cambourne, it’s become a classic example of a car-dependent exurb.

It’s not all bad news, though. Cambourne scores highly on green spaces and water management – it’s got some delightful ponds. It’s also rated by its residents as an excellent place to live and bring up kids: most primary school children walk to school and are able to play outside unsupervised. However, Cambourne was conceived before the current planning agenda took hold and it is not only located on a greenfield site but is built at a low density, neither of which would now be acceptable.

Nearby Northstowe will be bigger (10,000 homes), large enough to break through the secondary school catchment threshold, but the housing will, of course, be much more tightly packed. Whether the residents will appreciate this remains to be seen. They will certainly be encouraged to reduce car use, and a key element in this strategy will be the provision of a £100m guided bus service (that is, buses steered by external means), a first for the UK. It will connect Northstowe with Cambridge and Huntingdon. Whether this really eliminates all those extra car journeys is seen as the acid test by which many will judge the success or failure of Northstowe.

At least the guided bus service should be running before Northstowe is half complete, but there are fears among the population of Cambridgeshire that the existing (and already overloaded) infrastructure will be unable to cope with the extra population.

Lessons from Cambourne available at http://www.inspire-east.org.uk