A lack of clarity on the northern section of HS2 and its London terminus at Euston could be putting the entire £100bn scheme at risk, watchdog MPs on the Public Accounts Committee (PAC) have warned.

In its latest report on the project, the committee warned that it was “increasingly alarmed by the lack of progress in developing Euston station”.

It said: “Despite Euston being a key part of phase one, the department is yet to make key decisions on the design and approach to construction. 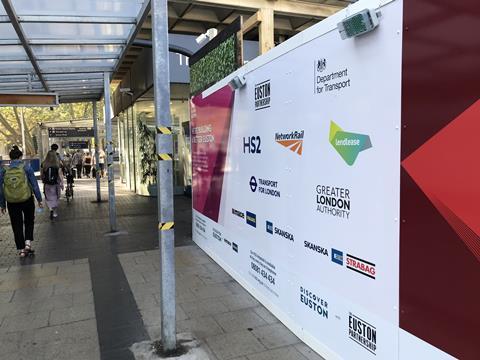 “Government also still needs to decide how phase 2b – the northern sections of the route – will integrate with other parts of the railway and transport system. Both Euston and Phase 2b are complex and risky parts of the programme, but they are critical to the delivery of the promised benefits from HS2.

“Urgent action is needed if the whole programme is to be delivered on time.”

Euston station has been designed by Grimshaw and is set to be built by a Mace and Dragados joint venture.

The PAC said that the Department for Transport (DfT) had made little progress on the design and delivery at Euston since it last reported, and that the committee remained concerned that “time is running out”.

The report added: “We raised concerns over the lack of clarity of the design and delivery of Euston station in our May 2020 report, but the department has made no final decisions since then.

“The redevelopment of Euston station is currently estimated to cost £2.6bn. Despite HS2 Ltd telling us last year that the design of the station was ready for planning consent, the department has spent the past 15 months looking for cost saving options and efficiency opportunities, including the potential for a smaller station.”

The report said that HS2 has said “it is getting close to the point where the programme will literally run out of time if a decision is not made soon, and that Old Oak Common is being set as the London terminus when the railway first opens to decouple it from the risks at Euston”.

It added the DfT recognised that Euston was a “very urgent and immediate challenge” and that a report on progress is expected in the autumn.

The committee recommended that in its next six-monthly report the DfT should outline the decisions that it has made about Euston, details of the assurances it has undertaken, its timeline on when remaining decision points will be met, and any impact on the Euston opening range of 2031 to 2036.

The report said the DfT was assessing how to best integrate phase 2b with wider transport plans in the region. These plans are expected to be published in the long-delayed Integrated Rail Plan.