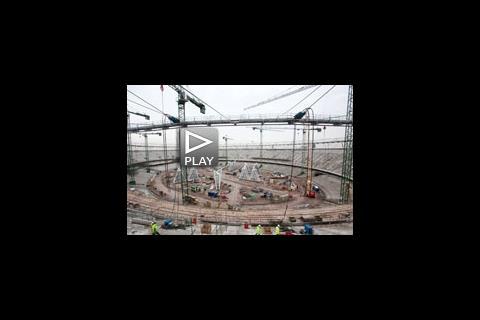 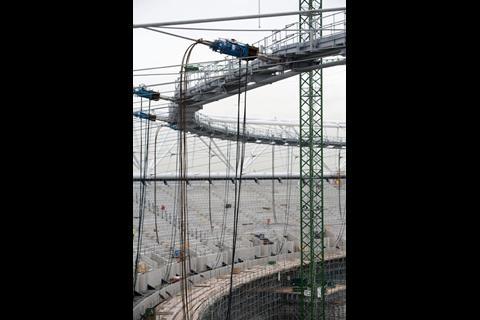 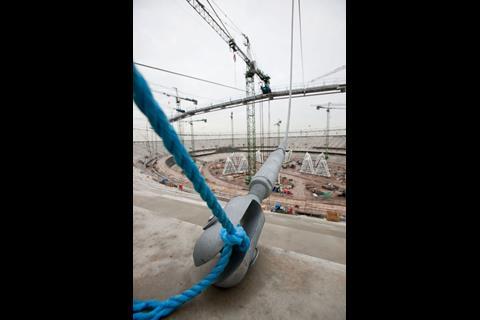 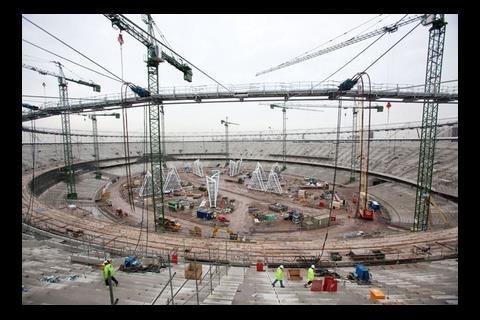 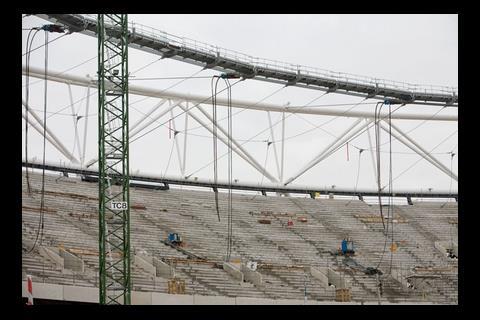 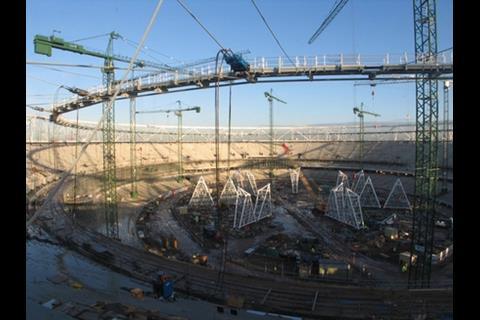 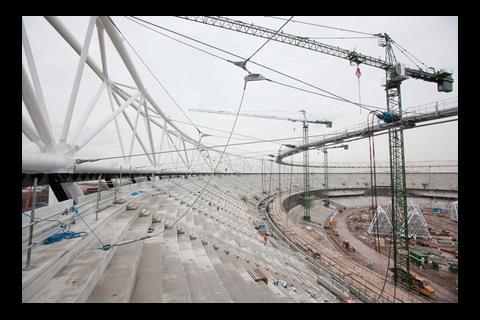 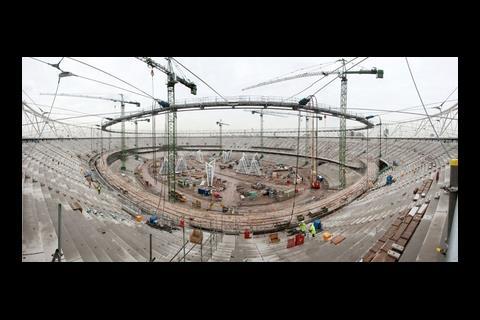 The cable net roof of the Olympic Stadium has been lifted into place, the Olympic Delivery Authority announced today.

Over 900 tonnes of scaffolding and over a kilometre of support platforms were used to assembled over 12,000m of cables and the walkways. The cable net is formed between the outer white steel roof truss and an inner tension ring 30m above the field of play.

It took four weeks and 56 hydraulic jacks to lift the 450 tonne structure into place.

The cable net roof will be covered with material next spring, covering two-thirds of spectators and providing the correct conditions for athletes on the field of play and.

ODA chairman John Armitt said: “The successful lift of the stadium’s cable roof is another milestone reached on the construction of this flagship venue. It has been a complex engineering and construction challenge, complicated by the wind and rain in recent weeks.

"We remain firmly on track and will lift the lighting towers into place early next year, taking the stadium to its full height.”

Construction on the Olympic Stadium started in May 2008. Next year, a 650 tonne crane will be assembled in the middle of the stadium site in order to lift 28m high lighting gantries on to the inner ring of the cable net roof, taking them 60m above the field of play.