Vinci is set to build a £250m mixed-use job in the middle of Manchester.

The work for Morgan Sindall-owned Muse Developments will include two residential towers of 25 and 20 storeys alongside a seven-storey office block. 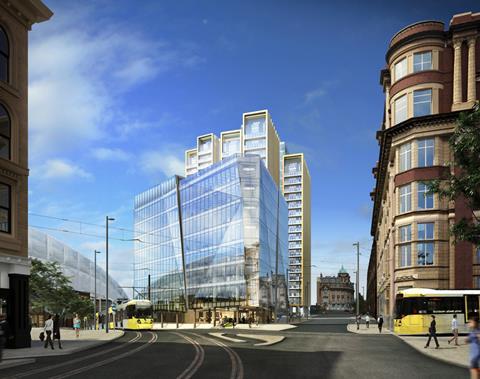 Called New Victoria Manchester, the scheme has been designed by Sheppard Robson and will include 500 apartments and 100,000 sq ft of office space along with ground floor retail.

The two residential buildings will be constructed as part of phase one with the office block built in the second phase.

The scheme will be built on a city centre site next to Victoria train station.

Vinci has been revamping the city’s Trafford Centre over the last couple of years while Muse is behind a number of other schemes in the area including a £120m mixed-use scheme in Manchester’s Northern Quarter completed four years ago.