Vinci slumps into the red again 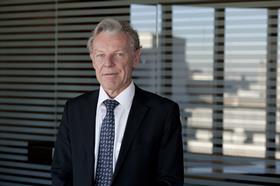 Problems at its building and civils arms continued to dog Vinci as losses at the divisions dragged the contractor into the red for the second successive year.

Results filed at Companies House showed the UK arm of the French giant managed to narrow losses last year from the thumping £217m pre-tax loss it racked up in 2014.

But a £43m loss at the building arm and a £37.5m loss at the civil engineering business, which operates under the Taylor Woodrow brand, saw Vinci nosedive to a £69m pre-tax loss for the year to December. Its facilities and development operations both turned in profits.

Turnover at the business slipped below the £1bn mark with revenue falling 8% to £935m with its building and civils businesses accounting for nearly three-quarters of its income.

The firm is carrying out a number of higher education schemes including jobs at Swansea and Bath universities while it is also working on the upgrade of Victoria tube station in central London. The firm said its civils arm has finally completed work on the troubled Nottingham tram scheme.

Chairman and chief executive Bruno Dupety (pictured) said the firm has now introduced an initiative called 123 Building on Knowledge which has been launched “in view of the poor financial performances in 2014 and 2015”.

Vinci said the initiative will focus “on the basics of our business” and will look at site planning, project managers training, incentivising key site managers, cost savings and efficiency drives. “We envision benefit and rewards from this plan will be gained from 2016 onwards,” the firm said in a report accompanying the accounts.

The number of employees at the business increased by more than 100 to 3,571 while the salary of the highest paid director, who is not named, was £210,000. The accounts show that a payment of £510,000 was made to a director in 2014 – thought to be former chief executive John Stanion – for compensation for loss of office. Stanion left in October 2014 after 22 years at the business.