Vote for the 2009 Green Guru contractor (sponsored by EDF Energy) 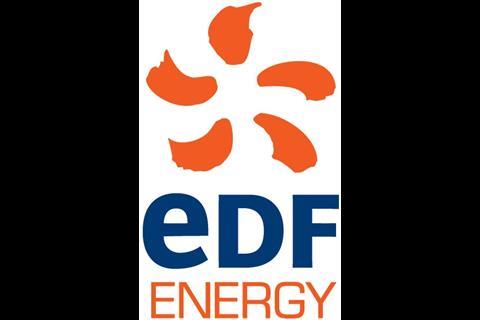 Who's building for the environment? Choose among these worthy contenders

NG Bailey is a £600m-turnover business that installs and operates building systems and services. Cal Bailey drives sustainability through the business, encouraging both employees and clients to be environmentally conscious. Sustainability is at the heart of the company, not only in the work it delivers for clients, but also through its own estate, with it now aligning to the Global Reporting Initiative. NG Bailey was a founder member of the UK Green Building Council and is a member of the CBI’s Climate Change Group. Last year, the firm put its money where its mouth is by opening a new headquarters in Scotland, which achieved a rating of Excellent on the BREEAM scale and a Grade A EPC. Last month, the British Council for Offices awarded NG Bailey its coveted Innovation award. Cal Bailey himself regularly speaks at high-profile events on sustainability, with NG Bailey represented at 30 key events over the past year, including the CBI’s Climate Change Summit and Sustainability Live! His voice is frequently heard in the media on sustainability issues and he has judged low-carbon awards for organisations such as the Chartered Institution of Building Services Engineers.

Director of the Green Building Store and Green Building Company, Bill Butcher is perhaps best known to Building readers as project leader of the Denby Dale Passivhaus project. Originally trained as a quantity suveyor, he has over 35 years’ building experience, including construction of the Longwood low-energy house in the early 1990s. Through his regular fortnightly Passivhaus diary blog, written for Building.co.uk, Butcher is seeking to make Passivhaus construction methods accessible and easily understandable for the wider construction industry. The blog has attracted considerable interest and plaudits for its clarity and level of detail. Butcher is also actively campaigning to introduce the Passivhaus approach in the UK, through Green Building Store’s introduction of Passivhaus products into this country. He is also seeking to improve the regulatory framework in the UK to facilitate the uptake of Passivhaus design. He has recently helped open up the debate about the relationship between the Passivhaus standard and Code for Sustainable Homes, by going public with CSH results for the Denby Dale Passivhaus.

Now head of sustainable development at Willmott Dixon, George was the first director of environment at Tarmac following the anti-roadbuilding protests in the 1990s at Twyford Down. He made sustainability a board-level priority at Tarmac, which included introducing Jonathon Porritt to its executive team. He later worked with Porritt at Forum for the Future, helping build sustainable development strategies with blue-chip companies. Martin then moved to the BRE to assist in the development of the Code for Sustainable Homes, the establishment of the UK Green Building Council – on whose advisory board he sits – and the Sustainable Development Foundation, which he chairs on a voluntary basis. Since joining Willmott Dixon in 2006, he has helped pioneer a new strategic vision on the built environment, which won the company third place in the 2009 Sunday Times Green List. Martin has also played a key role in industry initiatives as a member of Sir Martin Laing’s Sustainability Forum, the ASC Advisory Board, the Task Force on Sustainable Procurement, the Task Force on the Code for Sustainable Buildings and the Zero Carbon Task Force. He has also undertaken an award-winning low-carbon renovation of his 17th/18th-century cottage in Kenilworth.

As a director of B&K Timber Structures (www.bkts.co.uk), Nick Milestone has been responsible for the market research, planning, inception and day-to-day running of a new business rooted firmly in sustainability. Milestone previously held a senior position in the steel fabrication business of Bowmer & Kirkland, but recognised that the drive for sustainability by large retailers presented an opportunity not being addressed by UK specialist contractors. After researching the market potential for converting clients from steel to the more sustainable option of structural timber, Milestone and his design team worked closely with European manufacturers to value engineer the traditional timber construction methods and identified ways to reduce the cost base to make it competitive with other materials. Investment in CAD/CAM enabled direct control of manufacturing between B&K in the UK and the manufacturer in Austria, while training and “toolbox workshops” were introduced to give B&K’s installers the capability to install structural timber and timber/steel hybrid structures. In just two years, the firm has won ground-breaking eco-projects for all the major supermarkets, as well as projects in the leisure, education and commercial fields.

Long interested in the concept of sustainable housing, Jon Seaman recently formed Integrity Buildings with a clear and unambiguous objective to be a facilitator for “the design, management, marketing and construction of a range of environmentally sensitive building solutions of the highest standard”. Seeking to enable the UK to match the innovation on energy efficiency shown on the Continent, Seaman found a partner in the form of Austrian firm Cube-s, which has over 14 years’ experience in building design and project management. It began with low-energy buildings, progressed to Passivhaus standard (maximum 15 kWhr/m²/yr), and in the latest innovation moved to the Austrian “Plus” standard (0kWhr/m²/yr or better) certification. Integrity plans to utilise this expertise here in the UK, building homes, offices, schools, nursing homes, universities and public buildings to zero-carbon Passivhaus standards or better, meeting clients’ complex requirements with tailored solutions characterised by sustainability and efficiency. Integrity's sister company Visco Contractors is acting as main contractor on one of the first UK Passivhaus projects with Bere Architects in Camden, London, due to finish in February 2010.

As technical director of social housing developer and contractor United House, Alistair Sivill is key to the organisation’s environmental agenda. With a PhD in mechanical engineering and a background in building services and energy-related issues, Sivill has been the driving force behind United House’s project to develop a “Value Carbon” method of eco-refurbishment. This method, which identifies the carbon improvements that produce the biggest cuts in household bills and carbon emissions for the lowest cost, has been tested in a Victorian terraced home in Islington, as part of PFI Two, the UK’s largest housing PFI. The results have shown a 70% reduction in emissions without renewables, demonstrating that good-value low-carbon refurbishment can be delivered as part of a Decent Homes programme. Three innovative measures were sourced and installed under Sivill’s direction: a new “nano” insulation material, a boiler that generates both heat and electricity and enables power to be sold back to the grid, and re-glazed sash windows with vacuum double-glazing. Sivill is now working on WHISCERS, a technique for solid wall insulation with off-site manufacture, based on laser survey information, which allows solid walls to be insulated with the resident in place.