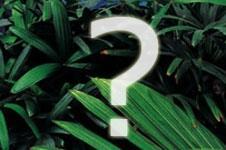 Building has announced the winners of its Green Guru 2009 awards for green achievement in the construction industry.

After finally counting all the votes, we unveiled the names of the six winning nominees at the Sustainability Now interactive online event being held yesterday and today.

The competition sought to recognise the people making the biggest difference in driving forward the green agenda.

There were six categories, representing a cross-section of the industry, and readers could nominate either people deserved to be recognised for the valuable work they are doing, or themselves.

A shortlist of six people was drawn up from the entries and readers voted in their many hundreds in our online poll.

So this is who you think are the most influential people driving forward the delivery of a more sustainable built environment, in each of the six separate categories.

Special mentions were also made for Bill Butcher, in the Contractor category, for his accessible prose telling in his PassivHaus blog on Building.com, and Dan Epstein, in the Client category.

The nominations for each of the winners are detailed below.

Group marketing director Chris Harrop has been the driving force behind manufacturer Marshalls' sustainability agenda since 2004. Recognising the growing demand to manage the environmental impact of the business and its products, Harrop set about delivering real sustainable change. At the heart of this is Marshalls' sustainable business model, which balances the social, environmental and economic elements of business, using a set of key performance indicators to deliver sustainable change. The firm introduced carbon labelling of over 2,000 domestic and commercial paving products with the Carbon Trust's official scheme, was among the first in the industry to launch a carbon calculator and to belong to the Ethical Trading Initiative (ETI), implementing the ETI Base Code in India and raising awareness of child labour issues in Indian quarries, and has helped raise awareness of greenwash. It has also achieved Wildlife Trust biodiversity benchmarks for two sites and undertaken an environmental profiling project with BRE for commercial products. Harrop speaks on green issues all over Europe and is credited worldwide for his ethical supply chain work.

Since joining ProLogis Developments in 2006, Simon Cox has played a key role in the creation of the company's sustainability strategy in the UK and Europe, evolving a standard approach to environmental stewardship and consistently delivering BREEAM Excellent and EPC A-rated buildings. Schemes on which he has been client-side project manager include a 624,000 sq ft distribution facility for Sainsbury's in Northampton designed to cut regulated energy use through passive and active measures such as a tri-generation CCHP plant for heating, cooling and power. The BREEAM Excellent building is one of the first projects in the world to be subject to a detailed carbon audit, culminating in the measurement, reduction and offsetting of all embodied carbon emissions by 110%. Another of Cox's projects is a 250,000 sq ft carbon-neutral facility for the Royal Mail, an EPC A-rated/BREEAM Excellent building that achieves a reduction in regulated energy use of 77% compared with existing facilities, while embodied carbon in the structure has been reduced and offset to zero. Cox is also engaged on the development of an exemplar teaching academy for sustainable development on ProLogis land in Dartford.

Now head of sustainable development at Willmott Dixon, George was the first director of environment at Tarmac following the anti-roadbuilding protests in the 1990s at Twyford Down. He made sustainability a board-level priority at Tarmac, which included introducing Jonathon Porritt to its executive team. He later worked with Porritt at Forum for the Future, helping build sustainable development strategies with blue-chip companies. Martin then moved to the BRE to assist in the development of the Code for Sustainable Homes, the establishment of the UK Green Building Council - on whose advisory board he sits - and the Sustainable Development Foundation, which he chairs on a voluntary basis. Since joining Willmott Dixon in 2006, he has helped pioneer a new strategic vision on the built environment, which won the company third place in the 2009 Sunday Times Green List. Martin has also played a key role in industry initiatives as a member of Sir Martin Laing's Sustainability Forum, the ASC Advisory Board, the Task Force on Sustainable Procurement, the Task Force on the Code for Sustainable Buildings and the Zero Carbon Task Force. He has also undertaken an award-winning low-carbon renovation of his 17th/18th-century cottage in Kenilworth.

For 20 years Jonathan Hines has been pushing the boundaries of sustainability in the built environment as director of Architype. A uniquely radical company, many of its innovations were UK firsts, including breathing timber construction, timber I-beams, use of non-treated timber and organic paints, six-storey timber frame, and use of UK-grown timber in construction. Originally dismissed as fringe, many of these have now been adopted by the mainstream. Recognition has come through a series of awards, including Green Building of the Year in 1995, Sustainable Architect of the Year in 2007, RIBA Sustainability Award in 2007 for the design of Architype's own office in Hereford, and most recently Hines became the first architect to win the Ashden Award for Sustainable Energy. He regularly writes on sustainability and speaks at conferences and universities, assists others in developing their approaches and participates in research. He is still at the forefront of sustainability, challenging conventional thinking, regulations and zero-carbon targets, and promoting forward-thinking innovative but practical solutions.

As chief executive of the UK Green Building Council (UK-GBC), Paul King has had a major influence on sustainable building policy, especially with the rise of green refurbishment up the political agenda over the past 12 months. In January, the Conservative Party set out plans for a £6,500 “entitlement” for householders, to be spent on energy efficiency, which was based on UK-GBC recommendations. The following month, the government published the Heat and Energy Saving Strategy consultation, which acknowledged the role that the UK-GBC had played in bringing a large number of stakeholders together to inform this draft strategy. In April, the UK-GBC hosted a speech by shadow chancellor George Osborne, in which he outlined plans for low-carbon existing homes and took questions from the industry. And this summer the UK-GBC produced an in-depth report on the Pay As You Save financial mechanism, bringing together a diverse range of over 100 organisations to take part in eight different workstreams - work that was acknowledged in the Climate Change Committee's recent report. The UK-GBC also helped launch the Great British Refurb campaign with Kevin McCloud, engaging consumers in low-carbon refurbishment.