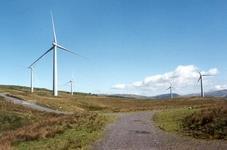 Engineering firm Waterman has reported a 12% increase in turnover after shedding a number of staff.

The company admitted that it had made “reductions to temporary and permanent staff”, though it did not specify how many had lost their jobs. It said its actions would save £9m a year.

Waterman earns one-third of its total turnover overseas, in areas such as the Middle East, Australia and Russia. It said that work in the UAE had dropped off, but that opportunities remained in Libya and Qatar.

Roger Fidgen, the chairman of Waterman, said: “The group is not immune from the turmoil in the financial markets and challenges remain. The future of public sector work in the UK and economies in developing countries is unpredictable; however, the board is exploring new opportunities in diverse markets and geographic locations to broaden further the client base of the company.”