The commercial director of Wates’ residential business is leaving to join his former boss at start-up Real Group.

Building understands that Ben Cox will be reunited with Paul Nicholls, the former managing director of Wates Residential, nearly a year after he left the firm under a wider rejig at the group. 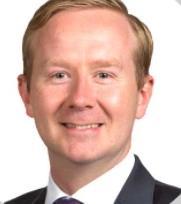 Cox started out at Wates in 2005 as a project surveyor and has been commercial director of its residential business for nearly four years.

Wates Residential executive managing director Helen Bunch confirmed Cox was leaving and added: “I’d like to personally thank Ben for the recent support he has given me and the business in particular. Ben will be staying with the business until a replacement is appointed.”

Nicholls left Wates last July after more than four years, re-emerging in the spring with the news that he had set up a new housing-led contractor and developer called Real.

Real launched in April and has been set up with the transfer of several construction and regeneration projects from Rydon Group.

Nicholls said the aim of Real, which has set itself a target of building to an annual turnover of £300m, is to work with local authorities, housing associations, retirement living and other housing providers.