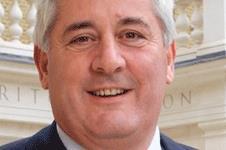 The head of Wates Group, Paul Drechsler, has hailed the firm’s “very solid set of results” for 2012, despite a 48% fall in construction pre-tax profit.

In its results for the year to 31 December 2012, Wates construction – which includes affordable housing arm Living Space, as well as the interiors and retail divisions – posted a 48% drop in pre-tax profit from £38.2m in 2011 to £19.8m last year.

Construction turnover rose 4% over the year to £1.1bn, giving a pre-tax margin of 2%.

The fall in profit was in part due to £4.9m in restructuring costs connected to Wates merging its retail and commercial fit-out divisions, with the loss of 283 jobs.

However, Wates said underlying profit was more healthy than this, given the restructuring costs and the relatively high £7.2m profit on sale of investments achieved in 2011. Group turnover meanwhile rose by 7% last year to £1.2bn giving the group a pre-tax profit margin of 2.2% last year compared with 3.6% in 2011.

Overall, Wates Group’s net assets increased over the year to £70m from £64m while net cash fell slightly to £121m.

Speaking to Building, Wates chairman and chief executive Drechsler (pictured) said he was pleased by the figures given the difficult trading conditions in 2012.

We need a responsible industry that pays people reliably and consistently

“Our margins are at the upper quartile of the industry and we have probably one of the strongest balance sheets in the industry,” he said.

“That’s about the financial strength in our business given that we’re fourth generation family-owned and the mission of the company is to pass on a better company to the next generation.”

Drechsler said there had been a continuing “strong” focus on the balance sheet and the group’s cash division.

He said: “At the heart of our strategy is long-term sustainability. We’re going through the most challenging and longest recession for quite some time. Revenue growth is important but what’s really important is the margin.”

Drechsler said he expected group revenue to fall over 2013 to between £1bn and £1.1bn.

“We’ve already secured about £300m of work in the first three months of this year and in 2013,

I’d hope we can improve our margin. But we’re not ambitious in terms of revenue. I’d be very happy with a revenue fall in this market, although in 2014, I think we can already see we’ll have a return to growth.”

Turning to the wider industry, Drechsler said that the worsening cash position of major contractors was the “number one issue of 2013”.

He said: “If you look at the amount of supply chain failures in 2012, it was significantly up on the previous year. It’s very clear that some firms are still under a lot of strain. My fear for 2013 is that there will be a significant failure which will affect others.”

Drechsler also questioned the industry’s growing use of “reverse factoring”, the mechanism through which subcontractors are paid by the bank rather than the main contractor, with bank charges based on the balance sheet of the main contractor.

“I have a real concern about interference in markets and the unintended consequences of that,” he said. “We need a responsible industry that pays people reliably and consistently.”

Results at a glance