Wates nabs jobs in the North

The contractor has scored jobs in Stockport and Leeds 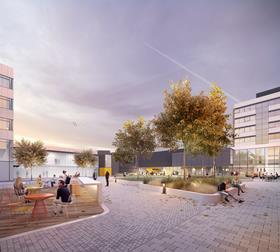 Wates has been appointed to carry out a pair of jobs in the north of England.

The contractor has been appointed by the newly formed Trafford College Group to carry out a £16m redevelopment of Stockport College’s Wellington Road Campus (pictured) in the town centre.

The redevelopment forms part of the merging of Stockport College and Trafford College which will see both colleges retain their existing names and campus sites.

Designed by Project 3 Architects, the project includes the creation of a new courtyard, improved pedestrian routes and campus access, a new visitor entrance, the modernisation of existing buildings and the construction of a new Business Centre

Wates was appointed to the project via the North West Construction Hub’s construction framework.

Meanwhile, across the Pennines the firm has also been appointed to deliver a 153,000ft2 office building for developer MEPC in Leeds.

Once completed, 4 Wellington Place, which was designed by Sheppard Robson, will be the ninth building to be completed in the wider Wellington Place masterplan, following on from the new regional government hub in buildings 7 & 8.

Gardiner & Theobald is acting as cost consultant and employer’s agent, while Arup is the building services consultant on the scheme.