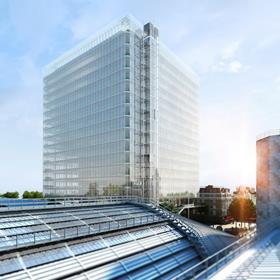 Westminster city council has reported a marked slowdown in big ticket planning applications received so far this year, with major applications subject to planning performance agreements (PPAs) down by 42%.

In an update to members of the city council’s planning and city development committee last week, head of planning John Walker said a combination of factors appeared to be to blame, including developer uncertainty surrounding the UK’s departure from the European Union and the slowdown of central London’s residential market.

While Walker said the total volume of applications received by the council had only dipped by around 5% in the year to date, the biggest fall had been major applications that would be dealt with using so-called PPAs – where officers agree a bespoke timescale with developers. For the largest schemes, the PPA will also require a bespoke fee.

Westminster describes itself as the biggest planning authority in the country, and last year said it handled around 12,000 applications annually. Many of those would be classed as “minor” applications such as extensions, or listed building consents, but others would be larger and complex schemes – such as Renzo Piano’s Paddington Cube (pictured) which is being bid by Mace, Multiplex and Sir Robert McAlpine.

The Ministry of Housing, Communities and Local Government’s lastest council-by-council planning statistics say Westminster determined around 1,559 applications in the April-June quarter this year. Just 11 of those decisions were described as “major” according to the statistics, with 629 described as “minor” and 919 described as “other”.