What will he say this time? Prince Charles at the RIBA 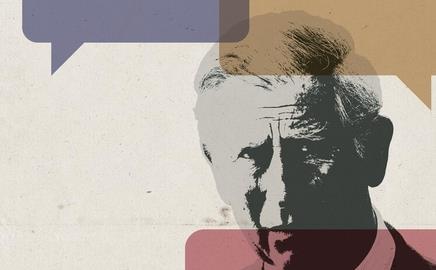 Amid all the furore over his intervention on Richard Rogers’ design for Chelsea Barracks, it’s easy to forget that next week the Prince of Wales is to give perhaps the most eagerly awaited speech on architecture in a generation

A quarter of a century after his famous ‘carbuncle’ remark, Prince Charles will address the RIBA on Tuesday to mark its 175th anniversary. It is unlikely that architecture will receive such coverage for quite some time, giving the prince an unprecedented opportunity to move the debate on building design in the UK forward. But what would the sector like him to say?

I would like Prince Charles to recognise in his speech how people live today, and how they can afford to live. The Rogers family and Prince Charles don’t quite fit – he has a real blind spot towards modern society and lives in a sheltered world. We have to move forward with the way society is changing.

If Prince Charles had his way we would never build anything new. I think it will be a very backward-looking speech. Unfortunately there are no great leaders any more who lead by example; you are left with a few footballers, some pop stars and the royal family. It’s a pretty sad state of affairs.

I doubt Chelsea Barracks will come up. The debate has moved on – this generation is a lot less indoctrinated about style and how buildings should be than the previous generation. There has been a lot of hostility towards him over this in the architectural press, but I think if architects look beyond that they will see a lot of common ground.

A lot of the prince’s ideas on the environment, which were once seen as the lunatic fringe, have become part of the orthodoxy. We think he’s marvellous. If you’re presented with a fait accompli like the Chelsea Barracks design, then he is one of the few people who will say “hang about, this isn’t right”.

I’m not speaking for the practice here, but my personal view is: I don’t care. I don’t have any time for the royal family, or their position on architecture or anything else.

If we want a celebrity to talk about architecture, let’s get Brad Pitt.

I am disappointed that the RIBA asked him to speak. If he did try to go hard on style, I’d like to think he’d be booed out of the room. But he won’t – I’m sure it will be a genteel speech, and he’ll talk about sustainability issues without going into architecture with a capital A. But I don’t think we should be giving him an audience.

I hope he will use the speech as an opportunity to make it up with the architectural profession and show that our common interests and concerns are much greater than our differences. There is a futility about concentrating on minor issues when there are so many major ones we all agree on. What is urgent and important is the sustainability agenda. Let’s not let the debate on style get in the way of this much more important issue.

I’d hope he will focus on sustainability – it’s obviously close to his heart. But I hope the media will focus on two other events within hours of this speech that will have a much more profound impact on the built environment: the government is launching its first strategy for improving quality of place since the Urban Taskforce, followed quickly by the launch of a first-ever minimum design standard for schools that will affect the future of every pupil in the country. To be frank, that’s where attention should be focused.

I hope he talks about the role of craft in architecture. The Prince’s Trust has shown itself to be interested in the use of arts and crafts, carpentry, masonry and local materials. On the Savill Building – on which we effectively worked for the royal family – I like to think that we showed just because you’re working in crafts doesn’t mean you can’t be stylistically modern.

I think a lot of the recent criticism of Charles has been that he makes his comments behind closed doors; well, here he is giving a talk in front of 400 architects. He’s not doing this speech because he’s paid for it, he’s doing it because he has a genuine interest in the profession. It’s easy to forget that.

Maxwell Hutchinson, former RIBA president and author of The Prince of Wales: Right or Wrong? An Architect Replies

I’m exactly two weeks younger than Prince Charles, so we’ve lived our lives in parallel. That’s why I wrote a response to his book A Vision of Britain. But I’m certainly less of a hot-headed polemicist than I was then, and I would hope he is, too. I don’t particularly want him to trudge too far back into the question of style. Britain was in the grip of this ghastly post-modernism trend when he made his original speech in 1984, and that’s why it had the impact it did. The pragmatic “third way” modernism you see now is far more intelligent than when he spoke before. I hope he’ll credit the undoubted success that British architecture has had since then.

Original print headline: What will he say this time?