Balfour Beatty’s appointment as Carillion’s replacement on the Birmingham hospital left in the lurch by its collapse is being held up by red tape.

The final business case for the completion of the Midland Met hospital is "behind schedule", according to the NHS trust responsible for its construction.

In papers published ahead of tomorrow's (Thursday) meeting of the Sandwell and West Birmingham Hospitals NHS trust board, chief executive Toby Lewis said: "We are behind schedule with approvals externally. It remains possible for us to meet the aim to [sign] a final build contract by the end of the summer."

Officials at the health department in Whitehall and NHS Improvement – the body responsible for looking after NHS trusts – need to approve the plan.

Balfour Beatty has been on site since last autumn carrying out early works and was last month named preferred bidder to complete the job. 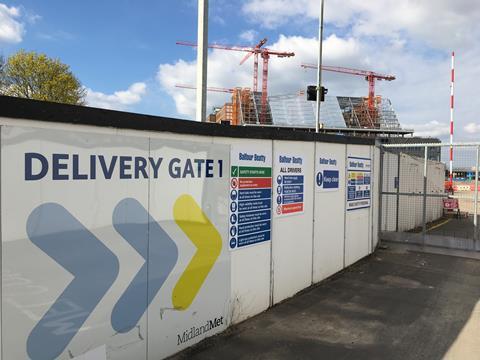