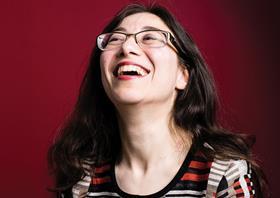 Whitehall has lost its chief executive of the Government Property Unit, Sherin Aminossehe, to Lendlease.

She has joined as its new head of offices where she will be in charge of some of the firm’s largest regeneration projects, including the £2.4bn International Quarter in Stratford, east London.

For over seven years Aminossehe led, devised and executed the government’s property strategy, which included working with government departments to look at how they could use their portfolios effectively to create growth.

Prior to joining the civil service in October 2011 she was at architect HOK for over six years, having started out as an urban designer and masterplanner at Farrells in 2002.

During her time at HOK Aminossehe worked on large regeneration projects, including infrastructure masterplanning of large brown and greenfield areas for schemes in Jeddah, Bahrain and St Petersburg.

Jonathan Emery, managing director of property for Europe at Lendlease, said: “The sheer breadth and scale of her experience speaks for itself, and we look forward to seeing the expertise she will bring to our projects at a time of huge growth for the company.”