Why we put in cover prices 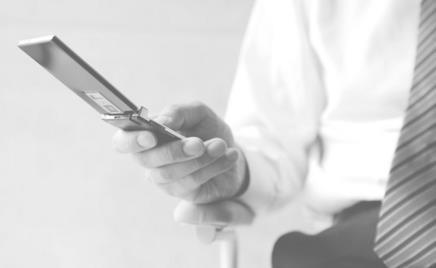 So, the OFT has announced who’s being fined what for cover pricing and bid-rigging. But what was it like to be one of the firms involved? The finance director of a contractor that was fined told us his story, on condition of anonymity

I just can’t see how the way the Office of Fair Trading dealt with this situation was right. Cover pricing has been used by companies all over the country for tens of years. Nobody in the construction industry even knew that it was illegal until 2005. This is when the OFT took the case to lawyers and we all had seminars and meetings with legal advisers who filled us in on the details.

What then happened was that the OFT’s case was backdated to 2000, before many decent building firms – who stopped the practice after those meetings in 2005 – knew the full picture. I know ignorance is no defence here – it certainly isn’t as far as the OFT is concerned – but I don’t think that’s fair. They have now been given carte blanche to penalise people who were not aware they were doing anything wrong.

In our case, we were found to have participated in cover pricing on three contracts out of 300. There would have been three reasons for doing this – if we didn’t have the resources to do the job, if we didn’t have the skills base to do the job or if we were initially lied to and told three or four people were going for the job, only to find out the number was nearer 10. When that happens and you realise you only have a one in 10 chance of winning – you often think, what’s the point? It costs a lot of money and takes up a lot of resources to put in a fully contracted price, so in these instances we would just ring up other people going for the job, ask what their bid was and put a higher price in.

When you realise you only have a one in 10 chance of winning we would just ring up other people going for the job, ask what their bid was and put a higher price in

Now, I don’t think this creates anti-competitiveness. It’s just using a mechanism to avoid winning a contract. I know there are some firms on the list who fully colluded and that is a different kettle of fish. It’s not cover pricing, it’s fraud, and the people who have been caught doing it totally and utterly deserve to be hauled over hot coals.

My other gripe is that the OFT knew it didn’t have the resources to find evidence to prove firms all over the country were cover pricing so they targeted northern England and the Midlands. How is that fair? One hundred businesses in one part of the country have had their reputations smeared and the rest have not. People must realise it goes on all over the place and there are companies who are much guiltier than us who have got away with it. And this will now give them an advantage. They’ll be able to say: “Don’t use Fred Bloggs & Co – it was fined by the OFT. We weren’t.”

What the OFT should have done, as soon as it was decided that cover pricing was illegal, was warn everyone that in 12-18 months it would be doing spot checks and raids and that any company found cover pricing or bid-rigging would be severely fined. I think that would have pretty much stopped it dead.

Some firms on the list fully colluded and that is a different kettle of fish. it’s fraud, and the people who have been caught deserve to be hauled over hot coals

For us, the legal fees and time spent on dealing with this issue have been massive. It’s been a nightmare. The legal costs have been almost as much as the fine, which I expect will be the same for most of the smaller firms on the list.

After you found out that you’d been targeted by the OFT you had two options: to plead guilty and ask for leniency or stick to your guns and risk paying double. We applied for this leniency, which was the best option for us, I think. We worked openly with the OFT, understood how the fine would work and decided to try to reduce it in the first instance. It would be very difficult for us to appeal the fine now – so we won’t.

I just think it’s immoral that the OFT has had been free to shaft everyone on that list and we have been left with no real way of defending ourselves. We now have an even worse reputation than we did before for being a bent, scamming industry and it’s just not true.

The view from outside contracting

Would I work with any contractors on the Office of Fair Trading’s list? Well, I think there is more to be taken into account than just the fact they ended up being named and shamed. There is a back story to each of the cases and I think a kneejerk reaction, such as a vow never to work with any of these firms again, could be dangerous and detrimental.

There are lots of issues to think about here and I’m not sure the blame lies entirely with the contractors. For example, clients employ people to find out whether contractors have the staff and resources to be a genuine contender for their job before they invite them to bid for it. I’d also say that I am not sure the OFT’s investigation is as detailed as it could be or whether it has been conducted in the best way. I’d like to see evidence that cover pricing really did have a negative effect on clients’ prices.

Although I don’t disagree that the industry should stop this practice, as yet I’m not convinced it made too much of a difference in every case and I would say that’s what people really want to know.

I would guess the Office of Fair Trading’s decision will make clients think twice about their tender lists and whether they should widen their market, or maybe even cut it back so they’re working with people they know well.

But for us, it won’t make much difference which contractors we work with – with the state of the marketplace at the moment, we can’t be too choosy. If the contractors have three years to pay the fines, they should be able to budget for it without it affecting their ability to pay subcontractors. Generally, principal contractors are stretching their payment periods anyway; some treat subcontractors as an extra line of credit, and that’s not what we’re here for.

I presume cover pricing has gone on, but it’s not something we’ve ever been involved with. In terms of whether it will damage the reputation of the industry – I don’t know whether people will look at it from that point of view. The industry’s bad reputation is mainly attached the cowboy builder who does domestic jobs.