The £10m contract is the firm’s third with the univers

Willmott Dixon will deliver its third project for the University of Kent following a £10m contract to build Kent and Medway Medical School (KMMS) in Canterbury. 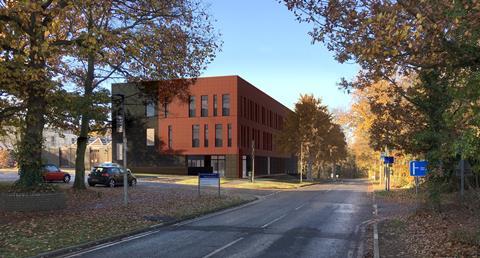 It takes the value of its work with the university to over £40m, following the completion of a new home for the School of Economics this year and the Sibson Building in 2016.

The new medical school has been designed by the Kent-based architect Hazle McCormack Young and was procured via Scape’s major works England and Northern Ireland framework.

Willmott Dixon was appointed to the lot that covers projects worth between £2m and £20m across England and Northern Ireland back in 2017.

The contractor will start on site shortly with its latest project, a three-storey building that includes lecture theatres, seminar spaces and a GP simulation suite.

KMMS, which is a joint venture between University of Kent and Canterbury Christ Church University, will be ready in time for the start of the 2020-21 academic year.

Willmott Dixon has been working on Kent university’s campus since 2015 when it was appointed for the Sibson Building, which is home to the Kent Business School and the School of Mathematics, Statistics and Actuarial Science.