Willmott Dixon has won deals worth £37m in total to build two schools in Birmingham and London.

The largest is a £19m secondary school in the Yardley Wood area of Birmingham while it will also build an £18m junior school and sixth form hub at St Dunstan’s College, an independent school in Catford, south-east London. 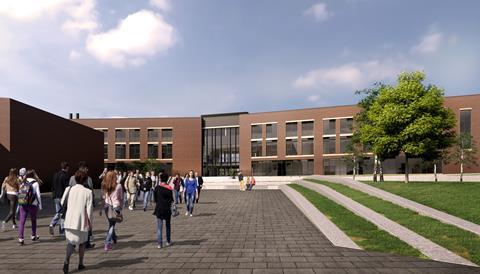 The scheme in Birmingham, for Christ Church, Church of England Secondary Academy, is being built by the Department for Education to create a further 1,150 school places in the area.

It will open in 2021 and has been designed by CPMG Architects. The team for the Birmingham school also includes Gleeds as project manager, Cundall as services engineer and CWA as structural engineer.

The scheme at Catford (pictured) has been designed by Bond Bryan.