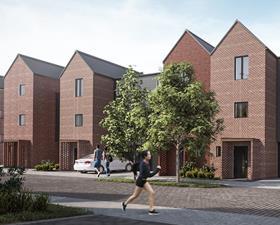 Willmott Dixon has won a £34m deal to build more than 250 homes in Wolverhampton.

The scheme on Lakefield Road will be built on the site of a former secondary school in the Wednesfield area of the city.

Designed by BM3 Architecture it will be built for WV Living, a private company set up three years ago by the city council to build 1,000 new homes by 2020.

Willmott Dixon will begin work shortly on the 266-home development known as The Marches which will be a mixture of two, three and four bedroom houses. The first homes are due to be finished by the end of the year.

WV Living is already on site with three schemes to build more than 100 homes in other parts of Wolverhampton.