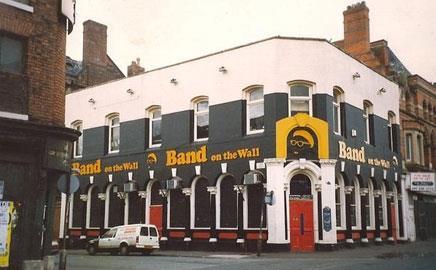 Work has started to modernise Manchester’s historic Band on the Wall venue.

The original building will be redeveloped based on plans by north west architects shedkm, with Lancashire firm Naylor & Walkden as the main contractor. The “Picturehouse”, the Grade 2 listed building next to it which was used as a silent cinema at the turn of the 19th century, will also be part of the redevelopment.

The combined complex, which sits in the Smithfield Conservation area, will be transformed into a “multi-use new space for music and the moving image”. It will include facilities for local bands to record demos and film live videos. Completion is due on the project in early 2009.

Inner City Music, the charity which runs Band on the Wall received nearly £4 million in combined awards from Arts Council England, the Heritage Lottery Fund and Manchester City Council to spend on the redevelopment. Band on the Wall was a popular music venue in the city from the 1930s to early 2005 when it was closed due to the deteriorating conditions of the premises. Legendary acts who played there over the years included Joy Division, Mica Paris, Art Blakely, Carleen Anderson, Simply Red and The Buzzcocks.

Although news of the venue's reopening has been warmly received, reaction to the renovation work seems mixed. A post on one Manchester internet forum wrote: "Bring back Band on the Wall! But steady on with the "new facilities"..? Young music talent needs a good old fashioned spit and sawdust venue to cut their teeth, not the Bridgewater Hall!"