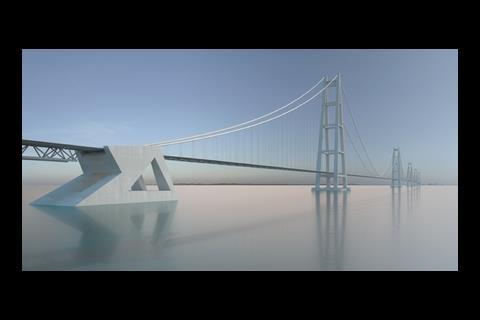 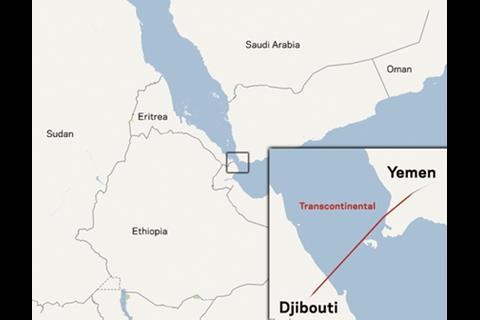 It sounds like a plot from a science fiction film. A $300bn (£150bn) project to build twin cities, one on the eastern cape of Africa and another in the Middle East, linked by a 28km bridge across the Red Sea, sponsored by the brother of the world’s most wanted man.

The project team said it was in talks with architects from the UK and the US to masterplan sections of the cities, and was aiming to start the first phase of building within 18 months.

Firms understood to have been approached include Foster + Partners, HOK and RMJM.

Officially launched in Djibouti on Monday, the scheme will be built over 15 years in the east African republic and in Yemen.

The two “Cities of Light” will be joined by a $25bn (£12.5bn) suspension bridge over the Red Sea, which is planned to be the longest in the world.

Mohammed Ahmed Al Ahmed, chief executive of Al Noor, said: “We’re now ready to talk to investors about the opportunities that exist within this project.”

The project management team, led by US firm DCK Worldwide, said it expected UK firms to be involved in the scheme.

Enzo Zoratto, chief strategic officer of DCK, said: “It is very conceivable that [UK] companies will be part of the project management team, but we suspect they will want to bid to build parts of the infrastructure such as the airport or schools.”

The construction programme will be overseen by US firm TSG Technical Services. Steve Cannon, its chief executive, said: “We anticipate labour cities of up to 300,000 workers at the peak of construction, across both cities.”

UK firms named by Al Noor as working on the project already include EC Harris and Keller.

Paul Ostergaard, senior vice president of US architect Urban Design Associates, drew up the concept masterplan. He said: “We don’t want it to be another Dubai. These will be more human cities, with places to walk and meet.”