Accounts reveal details of how High Court feud was settled

It brings the total bill for using the trademark over the last five years to £11.9m.

The practice, which pays the licensing fee to the Zaha Hadid Foundation, said the amount charged was linked to turnover and so “reflects our significant growth in recent years”. ZHA’s latest accounts show pre-tax profit almost tripled to £9m while turnover hit £60.9m in the year to April 2021.

A spokesman said there were “no plans” to drop Hadid’s name from the practice she founded in 1979, despite High Court papers in 2019 revealing that such a move was agreed by both sides following a toxic dispute that broke out after her death in 2016.

The feud ended in the High Court amid a myriad of accusations that each side was trying to control her legacy.

But documents lodged at Companies House over the past few weeks show the warring parties have now taken a series of steps to implement a new structure for the practice, as set out in the judge’s ruling in November 2020.

ZHL (the practice’s official name) was put into the control of a tax-efficient employee-benefit trust (EBT) in December. All profits will be reinvested for the benefit of the 500 staff, said the spokesman.

ZHL’s former parent company, Zaha Hadid Holdings (ZHH), injected £6.3m of share capital into the practice before handing over “significant control” to the new entity, Studio 9 Employee Benefit Trust Ltd, on December 8. Registered in 2018, this takes its name from ZHL’s historic Clerkenwell address which it quit last year because of the pandemic. There had been speculation that Studio 9 could become the practice’s new name. Its directors are practice principal Patrik Schumacher and his fellow ZHA director Jim Heverin, associate director Johannes Schafelner, senior associate Aurora Santana and associate Ken Bostock, plus Sue Lawrence, a professional independent trustee who sits on 17 other boards around the country.

At about the same time last month Schumacher stepped down as a director of ZHH, leaving it in the hands of his three High Court opponents and fellow executors of Hadid’s £100m will: her friends the property developer Peter Palumbo and artist Brian Clarke and her niece Rana Hadid. 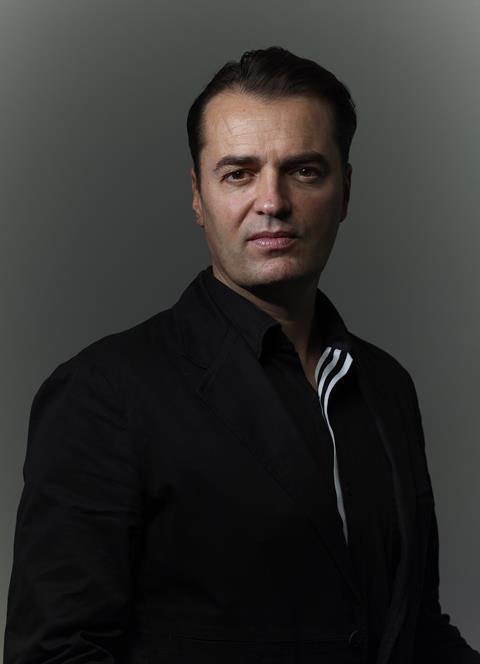 Patrik Schumacher took his fellow executors to court but lost

Schumacher remains one of five directors of ZHL, along with other senior figures at the practice. But a sixth, Charlotte Phillips, stepped down around the same time. She had already resigned from ZHH.

Her appointment in 2018 enraged Schumacher who claimed in the papers he lodged at the High Court that she was a friend of Clarke’s whose arrival undermined his authority. In allegations accepted by the other side, he said ZHH made her chair of the ZHL board in 2018, whereupon she insisted that all ZHL contracts and salaries be pre-approved by ZHH.

Phillips, who was not a party in the court case, never commented on the allegations while Palumbo, Clarke and Rana Hadid robustly disputed many of Schumacher’s claims. They made allegations of their own, including that Schumacher had affairs with junior members of staff and about “failings of corporate governance”. The practice dismissed these as unproven and contested.

Much of the dispute was eventually agreed out of court – such as that the bulk of Hadid’s assets would go to the Zaha Hadid Foundation – but Schumacher’s demand that he be given power of veto over the board of the EBT ended up before a judge. In late 2020 chief master Matthew Marsh rejected Schumacher’s request, saying a veto would put him in a “very difficult position with regard to conflicts of interest”. The legal costs are said to have hit £3.5m.

The Zaha Hadid Foundation, the beneficiary of the annual trademark licensing fee, was set up in 2013 to promote “useful knowledge relating to architecture” with particular aims of supporting young Arab women architects and establishing Zaha Hadid’s archive in the old Design Museum building at Shad Thames. The foundation’s directors are Palumbo, Clarke and Rana Hadid and it is ultimately controlled by her estate.

In a statement announcing the EBT, the practice said: “Zaha’s unwavering optimism for the future and belief in the power of invention is embedded within the DNA of the architectural practice she founded and generously gifted to those who helped her create it – all our employees.”

It said independent and transparent organisational systems and structures would “cultivate the skills and diversity that drives our decision-making and give every member of our team a voice in shaping our future”.

ZHA said it expected the move to generate new ideas and inspire greater use of technology, adding: “Younger generations of architects are demanding our profession to become more accessible and egalitarian.”