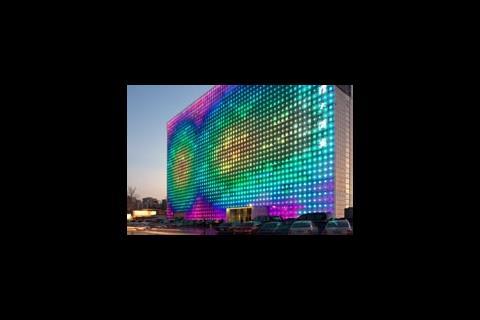 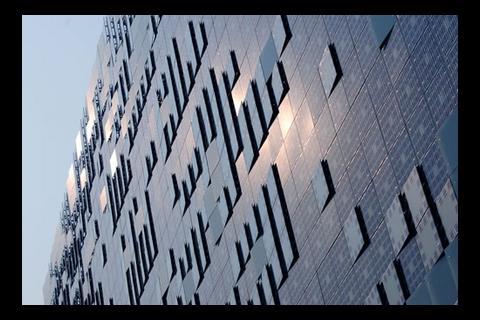 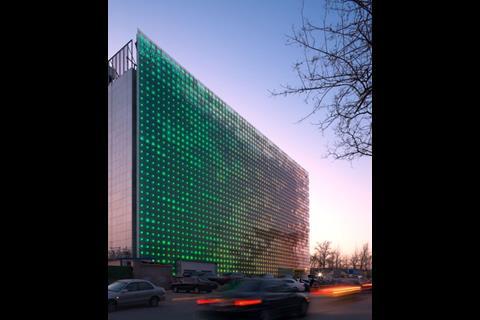 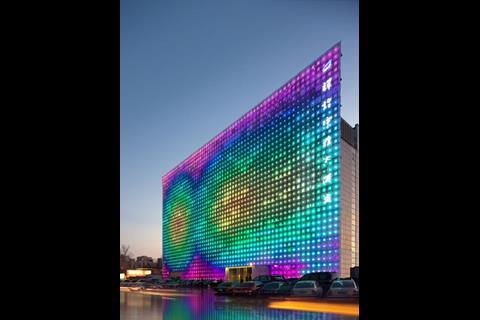 New York-based architect Simone Giostra & Partners' design transforms the building envelop into a self-sufficient system that gathers solar energy by day and uses it at night to power the screen, said to be the world's largest colour LED display.

Arup provided lighting design and facade engineering on the project, which is located close to the site of the Olympics.

With the support of German manufacturers Schueco and SunWays, Giostra and Arup developed a technology for laminating photovoltaic cells within a glass curtain wall and oversaw production of the first glass solar panels by Chinese manufacturer SunTech.

The polycrystalline photovoltaic cells within the glass are placed over the building's skin in varying densities, in order to allow in natural light where required while in other parts of the building reducing heat gain by harvesting excessive solar radiation.

Simone Giostra said: “The media wall will provide the city of Beijing with its first venue dedicated to digital media art, while offering the most radical example of photovoltaic technology applied to an entire building's envelope to date.”

The building will open to the public on 24 June.