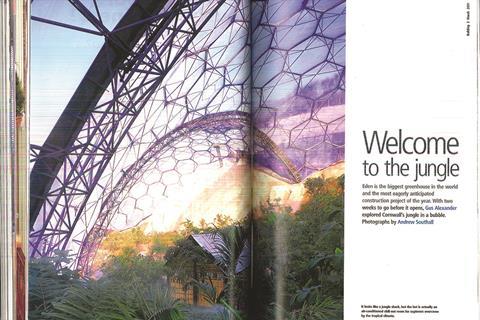 Welcome to the jungle

This week in 2001, the biggest greenhouse in the world was two weeks away from opening its doors to the public.

Previously a hole in the ground used as a working china clay pit, the space was seen by Dutch-born British businessman Tim Smit as a possible home for showcasing the world’s most important plants. With architectural practice Grimshaw behind the idea, it quickly became the most eagerly anticipated construction project of the year. Building reporter Gus Alexander headed over to Cornwall to explore the “jungle in a bubble.”