In response to Tony Bingham’s April column on how we must better engage with dispute avoidance, a legal academic gives their view on how firms must try to understand each others’ positions 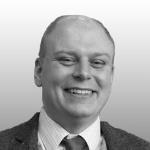 Inspired by Tony Bingham’s call to beat the drum for greater understanding of dispute avoidance in construction contracts, I’ve been reflecting on those issues (“Still beating the drum”). Those of us involved in, and responsible for, the teaching of construction law to construction professionals around the world, through masters programmes and professional training, have a particular responsibility in this area. As an academic, one of the things I like to do is to deconstruct an idea – to see what it looks like and which bits need to be fixed to make the idea better. Deconstruct before you construct.

My response to the drumbeat is a tinkle of a metaphorical triangle. One where each side represents a different aspect of the same central challenge. The starting point for each is, in the words of the Four Tops, to “Reach out”.

On the first side of the triangle, we in academia and education need to reach out from our ivory towers and glass and steel campuses and make sure that we keep in touch with what is happening in the industry – what the changing challenges are and what’s on the horizon. Engagement with those involved in those challenges is vital and to that extent the education process is a two-way street.

Secondly, the construction industry is made up of a complex matrix of old and new professions, each with its own language and understandings. We should all reach out to try and understand the roles of others better – especially when it has never been easier to access good quality information. The growing competition between different specialisms should be used to improve delivery overall.

The third side to the triangle focuses on the particular theme of the legal pages of this magazine. It is vital that we help those involved in procuring and delivering construction projects – as well as those involved in tidying up contractual issues afterwards – understand the legal tools and framework which they are operating in.

Tony Bingham highlights in particular the need to understand collaboration. That is, of course, the multimillion-dollar question – not just in construction but elsewhere. In terms of the law around it, I think part of the issue comes from the tension between two needs which a construction contract has to meet. Bingham rightfully identifies that one of the issues is that the “contractual rules are unfathomable to the lads doing the actual building work” (and it is notable how much it is “lads” doing the work – on the basis of the statistics). That is the need on the ground.

Against this is the need, which Matthew Bell of Melbourne University has captured in his recent paper for the Society of Construction Law (Contract Theorists: What Did They Ever Do for Us in Construction Law?), for construction contracts to be flexible. That tends to require language that is either very detailed – and therefore complicated – or language which has some sort of open meaning (such as “reasonable” or “co-operate”). That suits the commercial decision makers but it’s not as good for those on the ground who need to try and work out what is or isn’t “co-operation” in any given circumstances.

Disputes don’t tend to turn too much on these words but they can hurt relationships when one party’s expectations as to what the other should be doing don’t tie up. That can be made worse when there is also a difference in expectations as to what is to happen between the commercial decision making and the experience on the ground. The gap can be from the top down within a company, as well as being between companies.

Much of that comes down to culture and understanding. Saying that doesn’t make it any easier to achieve but not recognising it does not get us anywhere. As lawyers, we can help in advising on and providing the framework for that culture and understanding. Moreover, in doing so it’s important to make sure that we are understood in terms of what it is we are saying, not just in the sense that the commercial decision is in line with advice but also that it can be communicated to those who need to make the projects work.

When it comes to disputes – and especially avoiding disputes – the question is how parties understand not only their own position but also the other party’s position. The tinkle of the triangle can be an unmistakable complement to the banging of the drum.