Greg Clark pretty much invented localism as a political idea, and now he’s the minister implementing it as a policy. But he’s adamant that he is genuinely pro-development and not the nimby champion we all fear 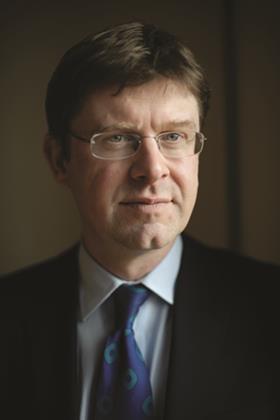 If you’re looking for someone to blame for the whole idea of localism, you probably needn’t go further than Greg Clark.

As decentralisation minister Clark is in charge of the communities brief and the implementation of it. More than that, he virtually invented the idea, while Tory policy director in 2002. And the abolition of the regional spatial strategies? He calls it “One of the proudest things we’ve been able to do.”

But if you think that means Clark is an archetypal little Britain Tory, who will pander to his party’s nimby tendency, you couldn’t be more wrong. Young, liberal and intelligent, with a student background in the SDP, Clark is no traditional Conservative. For him the Localism Bill and the sweeping away of housing targets are parts of a radical decentralisation of power needed to promote development and economic growth. The top-down targets regime of the Blair and Brown years landed us in 2009 with the lowest peacetime housebuilding figures since 1923. He says: “We’ve got a crisis in development. We’ve got to a situation in which far too little housing is being built, relative to the needs of the country, and in which commercial prospects need to be much more competitive with other countries - it’s a huge challenge.” But since Clark came into power, plans for 216,000 homes have been dropped, and developers fear a system silting up completely. So how does he know he’s right?

Answering this, he’s at an advantage. Because of both the recession and their own planning failures, Labour’s record in this regard could not be worse. The planning system, in his turn of phrase, needs “rebooting” - and what better time than when housebuilding is so low? “There are two problems. One is that the degree of central bureaucracy and imposition has cut communities out, so that there has been a rising tide of resistance to development. The second thing is that we have a system in which the communities that host new developments feel - often with justification - that they don’t share in the benefits of successful development.” he says. “The Localism Bill gives us the opportunity to address this, so it is unashamedly pro-growth.”

Educated at Cambridge and the LSE, Clark had a short stint as a management consultant before entering party politics full-time. Without a hint of his Middlesbrough comprehensive schooling in his voice, he is charming and posh, with an air of enthusiastic honest endeavour. And his dedication to local power is total. Dermot Finch, former policy adviser, says: “His first question to his civil servants is always “why are we doing this [centrally]?” He wants to let people get on with it.” Or to put it another way, his mission is to give away control to other people. “People who have power tend not to want to give it up easily. You do need a force of will to prise people’s fingers from the levers of power,” Clark says.

But many think this idea will leave development prospects in some areas - in particular the shire counties, where demand is so high - at zero. Of course, he doesn’t agree. “I think it’s far too early to make that assessment. A number of those shire districts have made strong representations that they’d like to have more money in their budgets,” he says. Combining the New Homes Bonus with the proposed Community Infrastructure Levy could bring an average of £25,000 extra to local communities for every home, he says. “By getting behind the growth agenda, by being responsible and providing homes to meet the needs of their areas, they can count on an improved financial settlement.”

Regional strategies is not something he’ll be moved on. But surely he accepts that the move to abandon them could have been handled better? Housebuilders warned the government that moving to a new system would need clear, detailed transitional arrangements to ensure there was no hiatus. Critics say that Pickles’ 27 May announcement, and the withdrawal of thousands of planned homes by local councils, has achieved exactly that feared hiatus. Clark is unapologetic: “There were a lot of requests [from councils] to see if we could move directly to the new system, without needing to wait for the Bill to be passed. I think it was reasonable to respond to that. Of course it’s for the courts to determine if the previous legislation is sufficient to give the secretary of state those powers. But those strategies are on the way out.”
Clark’s claim to be pro-development does bear some scrutiny. The Bill did not bring in the widely feared third-party rights of appeal and prevents the use of the new neighbourhood plans to seek to cut development. But if he’s keen to compromise with the development community, why isn’t the trailed presumption in favour of development in the Bill? He responds that he’s worried that putting the presumption in law will build too much inflexibility into the planning system, but his answer holds out hope that he might be persuaded. He says “We’ll listen to representations on this. My only concern would be that I don’t want to disadvantage the profession and practitioners, by having something on the face of an act of parliament that then proves an element of unnecessary inflexibility when we’re determined to make a pro-growth agenda. The case otherwise still needs to be made.”

If you don’t like localism, and you’re looking for a pin up for your dart board, Clark fits the bill - the author and director of the policy. But before you do, realise that he’s not quite what you’d expect - the desire for growth, for development, is genuine; as is the belief in localism. The question remains what happens if it all goes wrong.

Age: 43
MP for: Tunbridge Wells
Political heroes: “I don’t go in for heroes.”
Best thing about job: “Implementing localism is my inspiration.”
Worst thing: “The unbelievable explosion of paperwork since I was last here.”