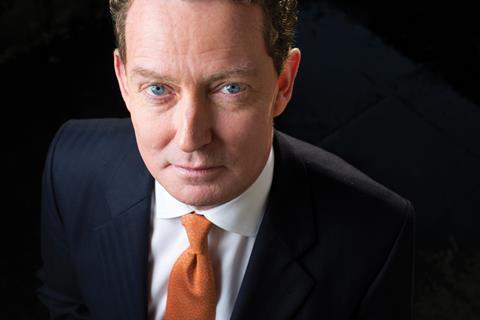 Energy minister Greg Barker is a slick yet affable character. But his expression turns serious as Building enquires about the whereabouts of the Department of Energy and Climate Change’s most beloved inhabitant - Barker’s dachshund Otto. “He was killed by civil servants,” he says, gazing at the tatty empty dog basket in the corner of his office - before breaking the tension with a smile.

Maintaining a sense of humour is probably important if you are to keep your cool while being in charge of the government’s flagship retrofit policy, the Green Deal, which Barker played a key role in devising while still in opposition. Indeed, Barker has been a key figure in greening the Conservative Party’s image and accompanied (the then opposition leader) David Cameron on his notorious “hug a husky” trip to the Arctic in 2006 - a photo from the visit sits on his coffee table.

Since coming into power he has been responsible for turning the Green Deal into a reality, culminating in the launch of the scheme on Monday this week. But the launch has been a long time coming: industry had initially been led to expect it in October 2012. The scheme has also suffered a downgrading on the number of jobs it was going to create - down from 250,000 jobs to just 60,000. Plus, last year Building revealed the policy would result in a collapse in cavity wall and loft insulation work in the sector as other insulation subsidies came to an end, a far cry from the boost that had been expected.

Industry leaders argue the policy has been hobbled by the Treasury’s unwillingness to give financial backing to long-term incentives for the scheme. Brian Berry, chief executive of the Federation of Master Builders, has said the government “risks falling far short of its 80% carbon reduction targets by 2050”. These industry concerns about the Green Deal are one of the reasons why Building launched its Green for Growth campaign at the start of this year, one of the aims of which is to convince the government to reassess the situation. However, Barker remains upbeat: “The Green Deal, as far as the consumer is concerned, is the most innovative thing in the energy efficiency space ever tried by government,” he says.

So how much has Barker listened to concerns and how committed is he to improving the prospects for the Green Deal’s success?

Barker rejects the accusation that his colleagues at the Treasury are opposed to green policies and states that the government is just incredibly focused on reducing the deficit. “Reducing the deficit is the coalition’s number one policy objective - no department is getting an easy ride,” says Barker. “What they [Treasury] are is remorseless in testing all of our policies right across government [for value for money].”

“To be value for money you have to be tested and it’s not [the case] any pound spent on green is value for money […] There is a new mindset that says, yeah, we want to drive growth in the green goods and services sector but that does mean being more demanding of the sector; that nascent technologies are commercialised sooner and new markets make do with less subsidy quicker than they otherwise would.”

The Green Deal, as far as the consumer is concerned, is the most innovative thing in the energy efficiency space ever tried by government

He says anyone who is “passionate like me” about the potential of green growth must see the value of the sector having to justify investment. “Anyone who thinks that the green economy should be in a glass case away from the rest of the economy clearly doesn’t believe in the green economy and potential for that to be a long-term engine for growth in the way that I do,” he says.

That will come as cold comfort to the insulation industry, which has lost over 4,000 jobs in the last month. Firms say work has collapsed following the end of government subsidy programmes for insulating cavity walls and lofts in December 2012 before their replacements, which focus more heavily on solid wall insulation, have picked up pace.

While Barker says he is “worried about any job losses” and understands “this is difficult for people”, he pushes responsibility back towards the industry. “The fact of the matter is there needs to be a transition and the industry needs to work on that as well. This isn’t just about providing jobs for the industry; it’s about government and the industry working in coalition together on a huge project which will require more than just loft lagging,” he says.

In fact he plays down the impact that Monday’s launch will have on activity in the sector, saying he isn’t expecting a “big bang”. “There isn’t a wall of money out there that’s going to smash into the market,” he says. “This is about the gradual growth of a really substantial sustainable new market in retrofit and we need to pull into the market a whole range of new technologies, some of which are being tested and others which haven’t been invented yet.” 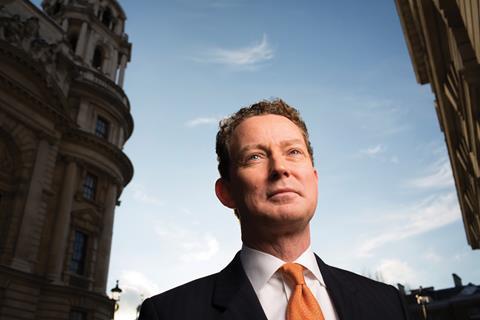 The prospect of introducing council tax breaks for households taking up the scheme is a “distinct possibility” although “not in the short term” and Barker says the decision to scrap changes to Part L of the Building Regulations that would have forced homeowners to upgrade the energy performance of their properties when
making improvements announced in December last year remains “under review”. As Building revealed in September 2012, the government’s own figures show this measure alone would increase take-up of the Green Deal by 2.2 million.

Barker adds that the roll-out of display energy certificates (DEC) to commercial buildings, a cornerstone of Building’s Green for Growth campaign and a potential stimulant to retrofit work in the commercial sector, is still on the cards. “I think in the long term it has got to come,” he says.

While his sentiments are positive, Barker seems keen to avoid specifics. The reality is council tax breaks, DECs and changes to regulations all remain far from becoming a reality. It is precisely this divergence between rhetoric, which is consistently positive, and action, which is extremely cautious and mindful of placing further regulatory burdens on business, that is frustrating many in the construction industry. Ex-chief construction adviser Paul Morrell has described the government’s stance on green growth as “vague” and “lacking clarity”.

Nowhere has this been more stark than in the case of the solar industry, which went through a period of turmoil over the past 18 months following a sudden decision to slash subsidies at short notice, masterminded by Barker. The move triggered a slump in the industry, with solar installations falling by 97% overnight, according to data from the Microgeneration Certification Scheme, and was subsequently ruled illegal by the High Court as the cut-off date stipulated by the government was before the consultation on the change had ended. Seventeen solar firms are now pursuing the DECC for a total of £140m compensation. However, when asked if he accepts the cuts destabilised confidence, Barker dodges the question, saying it has been a “difficult period of adjustment to go through”. Instead he is keen to point to last month’s launch of the National Solar Centre, in conjunction with BRE, as a mark of support for the sector. The centre is charged with conducting research and education to build up the sector’s capability.

The industry may want to see more concrete commitments from Barker and his department to making the Green Deal a success but clearly some within the coalition think he is handling it well, because he has now been given responsibility for deciding the planning fate of big energy infrastructure projects, including EDF Energy’s application for a new nuclear power plant at Hinkley Point in Somerset.

It is the Green Deal, however, that is shaping up to be Barker’s legacy at the department and what that legacy constitutes will become clear over the next year. No one, least of all Barker, is under any illusion that there isn’t still a lot of work to be done. 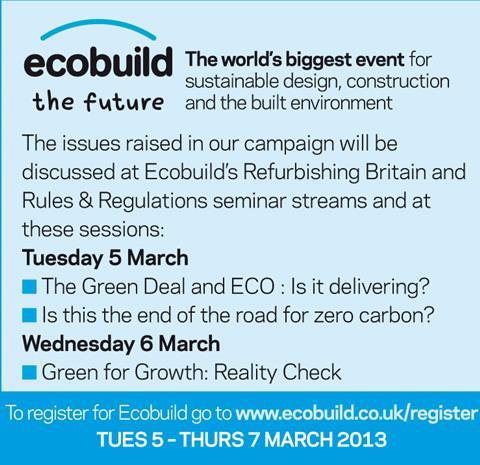 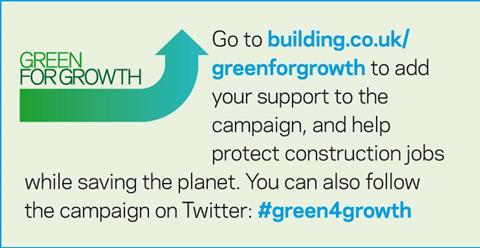