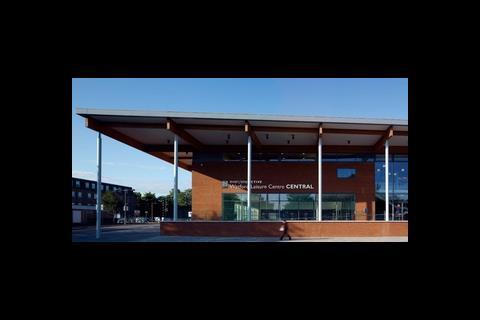 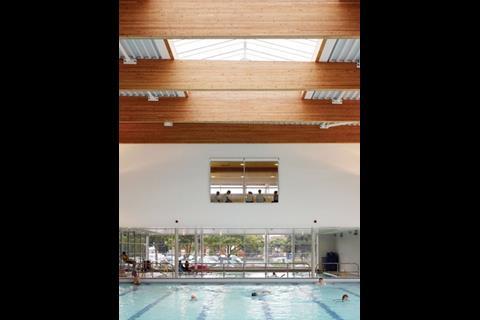 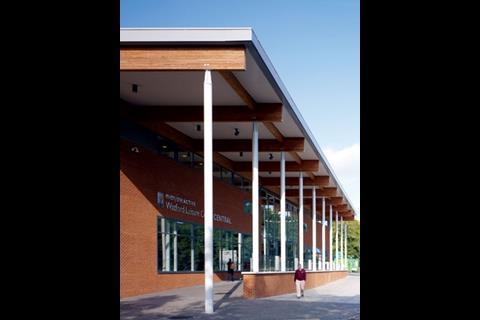 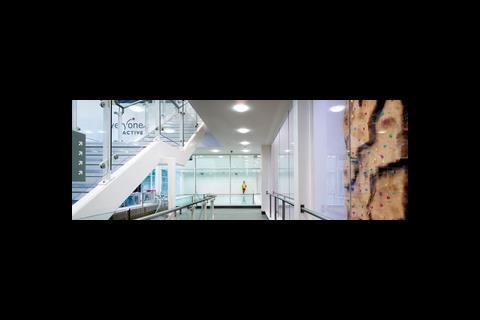 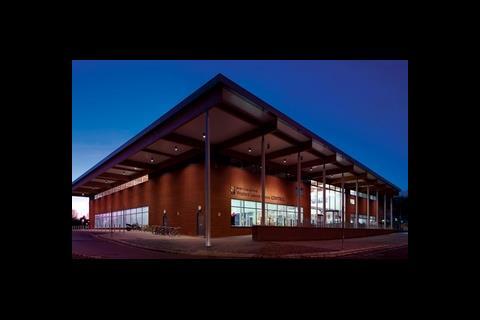 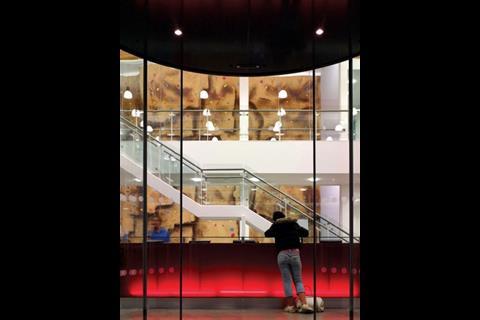 Watford’s new leisure centres challenge preconceptions about swimming pools and low-carbon technologies. Roderic Bunn looks at how the systems were chosen and the savings already being made

Time was when swimming pools and combined heat and power were always mentioned in the same sentence. Things have changed, and designers now have a lot more technical options at their disposal. The savings from CHP aren’t as clear-cut as they once were, particularly given recent fluctuations in gas and electricity prices.

So when it came to designing the low-carbon services for two leisure centres in Watford, environmental engineering consultancy Max Fordham went back to first principles: what technologies give the best returns in terms of energy savings, reduction in CO2 and payback on capital investment? Fordham’s option appraisal and subsequent choices for the Watford schemes give an insight into where sustainable pool design is heading.

Architect Studio E and Fordham’s were appointed by Watford council in May 2005 to design the two projects, one in the town centre (Watford Central) and the other on the outskirts (Woodside). The council was keen to fund true low-energy design for both pools, so although this article focuses on Watford Central, many of the issues and the solutions were the same at Woodside.

The project team took the design of the £12m centre to stage E before the design and build tender in September 2006. Tender returns for the first procurement route favoured by the client – design, build, operate and maintain – proved costly. This also led to a heavy value-engineering exercise that stripped out many of the marginal low-energy systems.

In the event the client went for a more conventional D&B route. Dutch leisure specialist Pellikaan took on the D&B duties, with Sports and Leisure Management running the centre. The original design team was novated to Pellikaan.

With the price of the project looking more attractive, the council was prepared to fund some of the systems that had been left out at stage E, notably solar panels and a rainwater recovery system, to the tune of £1.4m. Also, the pool’s proposed heat pump installation was increased in capacity.

Construction started in early 2007 with completion in spring 2008. The design team has been monitoring the performance of the leisure centres since occupation. The 3922m2 (net) Watford Central has a simple rectangular plan. A full-height, four-court sports hall and a 25m, six-lane swimming pool and learner pool are separated by a 60-station fitness suite along the backbone of the building. A dance studio, wet and dry changing facilities and meeting room face the front of the building on the first floor. There is also a two-storey climbing wall and a café to one side of a full-height glazed main entrance.

There are many issues particular to pools that designers need to balance, such as condensation control, acoustics, glare from daylight and electric light, and separation of environments. Although Watford Central is fairly bristling with low-carbon technologies, the designers began by reducing loads through passive design. This led to high values of insulation and airtightness – both centres achieved leakage rates less than 3m3/hr/m2 – and also daylighting where possible. The choice of active systems gave optimal savings on operational costs and CO2 emissions.

CIBSE’s Guide F: Energy efficiency in buildings sets the good practice value for swimming pools at about 740kWh/m2 a year. Fordham’s analysis for Watford Central showed it was possible to improve on that through high values of insulation and airtightness. Creating a more controlled environment allows heat loss from the pool to be reduced, so less energy is required for heating the pool water.

That still leaves vast volumes of water to be heated and treated, but the water needs only to operate at modest temperatures. This means low-grade heat from heat recovery systems can be very effective for pre-heating water supplies. Pools also act as large thermal buffers for storing waste heat, and many of the supporting systems in leisure centres generate waste heat in usable quantities and at useful temperatures.

The design team wanted a reality check on the likely financial and CO2 savings from all the passive and active technologies available. Table 1 summarises the options and their predicted payback. Of the technologies that could be considered additional (ground-source heat pumps displace other heat-raising systems), solar thermal jumps out as being very expensive, but of course that depends what price is put on a kilogram of CO2.

“We gave Watford a list of savings based on fuel prices rising 5% year-on-year, and of course the payback drops,” says Matt Dickinson, project engineer at Max Fordham.

In terms of the cost per kilogram of CO2 saved, Fordham’s analysis revealed the startling reality of technologies that, in an earlier era, might be considered a “given” in pool design, notably CHP. Figure 3 shows the sharp differences in financial payback in terms of CO2 savings. CHP and, more predictably, solar photovoltaics were the least attractive options.

Simple passive measures, such as pool covers and daylighting, make the greatest contribution to reducing CO2 emissions, and many of these have been adopted. A notable exception was the pool cover, which unfortunately for the designers was rejected because of manpower and storage issues.

The extra funding for renewables made available by Watford council enabled the design team to invest in a larger ground-source heat pump to heat the pool, as Dickinson explains: “We opted for a GSHP as the primary source for the pool as it can operate at 28C. We also oversized the heater batteries in the air handling units to run at this lower temperature.”

The 150kW heat pump (nominal peak) supplied by Earth Energy operates off 40 boreholes drilled 80m into the chalk below. The design team would have preferred an open-circuit system but Environment Agency concerns about the effect on the water table and contamination from reinjection led to a closed-circuit system.

Heat pumps typically produce 4-4.5 units of heat for each unit of electrical input, which equates to about 0.11kgCO2/kWh of heat output. This compares with about 0.2kgCO2/kWh of heat output for a gas-fired system. At Watford Central, Fordham estimated the GSHP would offset up to 8% of CO2 emissions. With the system costing about £255,000, this doesn’t come cheap, but Dickinson repeats that it depends on what value one puts on a kilogram of CO2 – not just now, but in the future.

Extra funding of £220,000 was made available for 80 x 2.3m2 solar panels. These were sized to meet about a third of the leisure centre’s domestic hot water load. With these systems contributing to the heating needs, it became clear that Watford Central could be served by a single heat loop running at a 45C/35C flow and return. Not only is this an ideal temperature at which the solar thermal system could dump heat into the loop, it also suited the heat rejected from three variable-refrigerant flow (VRF) air-conditioning systems serving areas such as the fitness suite.

Thus a value engineering decision to go for the cheapest method of cooling was turned into a virtue simply by switching from outdoor condensers to water-cooled units. So far, the heat dumped into the heat loop from the VRF rejection circuit is worth about 84.5kWh/day.

Gas-fired condensing boilers handle residual heating demands, such as a high-temperature circuit serving radiators in ancillary areas including changing rooms and corridors. A 5-10% increase in system efficiency is delivered by running the boilers at lower than normal temperatures, which also serves to optimise the boilers’ efficiency.

The story doesn’t stop there. Max Fordham was allergic to the idea of throwing away up to 30m3 of pool water at 28C and a massive 100m3 of shower water every week. “It may be low-grade hot water, but it’s hotter than the incoming cold water,” says Dickinson.

Menerga, better known for its high-efficiency ventilation heat recovery systems, supplied a special system to recover the heat from waste pool water, particularly that from the twice-weekly backwashing process to clean the pool filters. Backwash water and shower waste water is collected in a holding tank. This can then be pumped through the Menerga heat recovery unit, transferring heat into the incoming cold water supply. This is used for preheating the shower supply. Pumping energy is reduced by placing the holding tank beneath the showers and letting gravity take over.

Rainwater recovery has been installed for flushing the lavatories. The system is expected to reduce potable water demand for flushing by 60%.

Watford Central opened last summer. An extensive system of electricity submeters and heat meters has generated about six months of monitored data. Inevitably, some systems have required fine-tuning in the light of operating experience.

For example, packaged controls tend to react in unexpected ways when linked to other systems. The VRF air-conditioners were initially tripping out when the packaged VRF controls sensed that the heat loop flow temperature was too high for heat rejection. Fordham’s altered the changeover routines in the controls so that the VRF waste heat is dumped to ground instead.

Fordham’s predicted that electricity demand would be about 520MWh a year, or 132.7kWh/m2. Monitoring suggests that actual consumption may be significantly higher, at about 211kWh/m2, but this estimate is extrapolated from a short period.

Electricity consumption for a typical day in November 2008 (Figure 1) was measured at 2262.4kWh/day, of which 588kWh was accounted for by the main pool and learner pool. Fan power for the changing areas came in at 301kWh. The total for all internal lighting, including basement areas, totalled 684.8kWh, although this includes small power loads which are not metered separately.

Mains gas is used by the condensing boilers for heating the pool water (as back-up to the heat pumps), heating of the pool hall, domestic hot water and the radiant heaters in the sports hall.

The heat meters measure the heat generated by the solar thermal system and heat reclaimed from the VRF rejection circuit to the heating loop. On a typical day in November, 1546kWh of heat was recovered. While most came from the pool water, 458kWh was from the VRF dump.

Monitoring of the solar panels from August to December shows that actual output is 22,200kWh, reasonably close to the design estimate of 14,260kWh.

Mains gas consumption for the two months from October to December was measured at 113,000kWh. Extrapolated over a year, this would give a gas consumption of 160-170kWh/m2 corrected for 2033 degree days (CIBSE Guide A). The design prediction was 416.7kWh/m2 a year. “One thing we’ve learnt is that the swimming pool water needs less heat than we calculated,” Dickinson admits.

Benchmarks set by the Energy Technology Support Unit and the Building Research Energy Conservation Support Unit put swimming pools with a heat demand of less than 360kWh/m2 a year in the “good” category. CIBSE’s Guide F provides a more detailed benchmark, based on the areas of separate leisure and sports facilities, which gives a “good practice” figure for heat demand of more than 500kWh/m2 a year.

It is still early days for Watford Central. Data from a 12-month operating period will be needed before the early figures can be verified. But the signs are looking good.

Roderic Bunn is a building researcher with the construction research agency BSRIA.