From the outside things may be looking better for specialist firms but money is still tight, especially with some contractors imposing tough terms and long payment times. Is it time for specialists to cut out the middle-men? 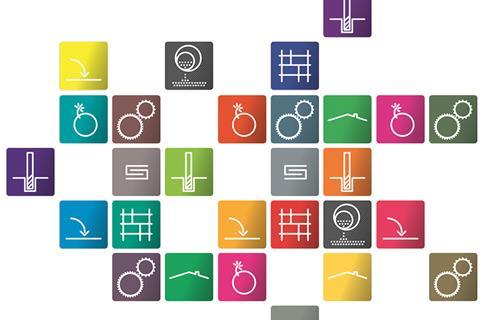 From the perspective of main contractors it’s easy to get the impression that life is rosy for specialists at the moment. Two years of a booming London market has now rippled out to other major cities, leaving many with swollen order books which are allowing them to pick and choose which jobs they take on. At the same time this lack of capacity is proving a major headache for clients and contractors who are struggling to recruit trades to deliver jobs.

Of course the grass is always greener on the other side of the fence. From specialists’ perspective, it’s merely a sign of quite how tough it’s been through the last eight years that the current situation is viewed as being so positive. For example, David Hurcomb, chief executive of one of the most powerful M&E specialists, NG Bailey, which last year made a profit of just £4.2m on £364m of turnover, is entirely typical in talking hopefully about next year returning margins to 2%. Hardly super profits.

In fact the reality for the top specialist contractors, compiled here by Building with data company Barbour ABI, is that margins remain stubbornly low, despite the rising cost of construction. So, despite rising workloads, it is therefore not surprising most are still operating in an environment where cash is king, and recovering profitability is being prioritised over expansion. This need to raise margins in a world where clients are struggling to keep project costs to budget is in some cases leading them to ask questions about their relationship - or lack of one - with a building’s ultimate client, to see if there is better deal to be had by engaging directly, rather than just with the main contractor. The question is whether both clients and contractors are ready and happy to work this way.

This year’s table of top specialists, based on the most recent published accounts of the 15 biggest specialist contractors in each of nine different trades, gives a picture of a sector in nascent recovery, with turnover of the 135 firms listed rising by just shy of 10% to £11.9bn. But analysis of the data shows that the average profit margin barely improved last year, inching up to a still perilously slender 1.67%, from 1.57% the previous year. This average margin is kept so low by a few big losses of over £10m, at Keller’s UK business, Mabey Bridge, Crown House and SPIE. Broadly the healthiest profits can be seen in the cladding, scaffolding, flooring and demolition sectors, where returns are on average above 3%.

However, both the structural steel and piling/groundworks sectors reported a loss overall from their top 15 firms. It is also likely the M&E sector, the site of some of the worst turmoil in the recession, would also have reported a loss if Balfour Beatty had provided bottom line figures for its overall M&E work, with the engineering servcies business alone representing a loss of £137m for 2014.

Given the vast majority of firms are private, and therefore many of their most recent accounts cover parts of 2013 as well as more recent periods, it isn’t surprising that the figures paint a picture of a recovery which is only just beginning.

However, talking to many of the firms listed, it is clear the financial situation today isn’t a massive improvement on that reported in historic accounts. Hence, Vince Corrigan, group director at the largest demolition firm, Keltbray, says cash management is a key priority, despite his firm being one of the strongest financially.

“We’re very careful about taking care of cash. For us to invest further, we need to be cash strong, and we’re still facing serious pockets of behaviour [in terms of payment] where firms are living in an era of long ago,” he says. In other words, some contractors are still holding on to cash where they can, to deal with their own financial challenges.

At the same time Ian Lawson, chief executive at the biggest steel specialist, Severfield, says contractors are still trying to force suppliers to accept onerous terms and conditions on contracts, posing a real risk to profitability. “We’re seeing contracts with, for example, very strong liquidated damages provisions which are out of proportion to our role on the job. We’re not prepared to accept that, and in a number of areas are having to struggle hard for T&Cs that are equitable for us and the customer.”

For many specialists the rise in construction costs in the last 18 months, which some in the market have put down to increased subcontract prices, are not necessarily feeding through in to higher margins for them, because of the increasing costs in their own supply chains, particularly labour.

As Mark Perkins, managing director of M&E specialist SES, formerly Shepherd Engineering Services but now part of the Wates Group, says: “The growth in supply chain costs is as much of an issue for us as it is for the main contractors.” In addition, some clients are putting work on hold rather than accept price rises. “Our margins are dictated by what the market can afford as well as what the market wants,” says Perkins.

It’s not that surprising, therefore, that in this environment many are prioritising margin growth above quick growth in staff and workloads, despite the plentiful opportunities around. Gary Sullivan, co-founder of growing logistics contractor Wilson James, is typical in saying that he wants to manage growth “sensibly and responsibly”. “We don’t want a boom like the mid 1990s where the market was completely crazy,” he says.

There is also a growing realisation that the rebuilding of margins needed will require a more radical re-thinking of how specialists work. Keltbray’s Corrigan says his firm has been willing to invest in growth, with turnover due to rise again next year to around £240m. However, it is doing this on the basis of expecting a different relationship with its customers. “We really are looking for certainty. The last place you want to be as a specialist is have specialist people and kit sitting around not working. But if we have certainty of our pipeline then we’re prepared to invest in developing the business.”

Hurcomb says he is even having conversations with “a couple of main contractor chief executives” about longer term arrangements that stretch beyond individual projects. “Some are saying they’d like to have a more formal arrangement to work together over the next few years. It’s slightly embryonic but I think it will happen.”

SES’ Perkins agrees with this analysis, and says that his firm’s large M&E design capability allows it to prove its value at this early stage in the project process, either working alongside a main contractor or a concept engineer. “We made a decision we had to move from being a commodity M&E contractor to going back to the design expertise. The future is all about detail, design and knowledge.” This kind of early stage input, Perkins says, means SES can offer clients different design options which can serve to reduce construction costs without squeezing contractors’ margins.

However, a number are also seeing the desired longer term visibility of workload and higher margins as coming in part from a more direct relationship with the ultimate building client. For example, Keltbray, which has expertise in demolition, piling, ground engineering and other early-phase trades, already works as a principal contractor on some jobs during the pre-construction and groundworks portion of a job, before handing over to a main contractor for the main build.

Meanwhile, big infrastructure clients, such as Transport for London (TfL), are developing long-term relationships directly with specialists, and even - in some cases - cutting out the main contractors from jobs altogether by developing a construction management capability in house.

For specialists, working directly reduces payment risk by cutting out the main contractor, as well as potentially introducing more price headroom because of the lack of a main contractor margin and overhead. For clients, the argument goes, it gives the opportunity to save costs by re-engineering designs to develop more practical solutions in advance of delivery.

This idea is not wholly new, with concrete contractor Byrne Group one example of a specialist which has long had a general contracting capability. But there is a sense there is a new impetus due to the recovery, albeit few are going as far as setting up main contracting arms. “There has to be a place for adding together some of the specialisms we offer into a wider service,” says Corrigan. “Clients can then come directly to Keltbray for that reason, and they recognise the value of that direct connection. But we want to remain a specialist. General building is not our skills set, there’s a definite boundary.”

This is a common refrain, with specialists seeing a delicate balance to be struck between the benefits of a more direct relationship with clients, and the risks of being seen as a competitive threat by the main contractors who are still their biggest customers.

Those that do work directly nearly all stress they still see main contractors as their key customers. John Frankiewicz, the former Willmott Dixon capital works chief executive, who is now a non-executive director at M&E firm Briggs and Forrester, says the firm “does not want to be seen as a competitor to main contractors. We’re very careful in that regard”.

But nevertheless should main contractors be worried, particularly given the frustration of some clients over rising costs? “They do have a certain exposure to specialists deciding to go round them,” says Keltbray’s Corrigan. “But then specialists do have limitations in terms of the size of their balance sheets.”

This dynamic ultimately limits specialists’ appetite to completely change their model. “When specialists are a certain size they often want to get direct to client. But you have to have a client that wants to do that, that wants to take risks and get involved,” says Frankiewicz.

“No-one’s wanting to take main contractors out of the equation,” says Severfield’s Lawson, despite his firm having long-term supply relationships with clients including Network Rail. “If clients speak to us much earlier than usual then we can give back a lot but we’ve no intention of being a main contractor.”

Besides, the industry has a long way to go before even this kind of early stage collaboration is more frequent. Perkins says: “We’re seeing a move toward this way of working but it’s still very far from the norm.” If specialists’ businesses are to sustainably return to anything like a normal profit level, then the industry may need to move more quickly.