Sponsored by Faithful+Gould and Atkins

Social value is increasingly prized, but how it is defined and measured varies widely – as does the appreciation of its importance. Building, with consultants Faithful+Gould and Atkins, gathered industry experts for a virtual discussion on working towards a standardised approach 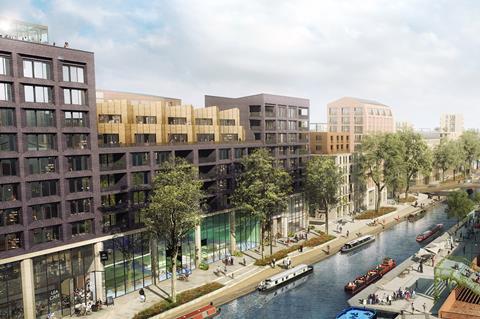 Enfield council’s £6bn megascheme Meridian Water will provide thousands of new jobs over the next 25 years – including 10,000 in the construction industry – as well as 10,000 homes for local people

The construction industry has for some years been grappling with the challenge of how to identify, imbed and deliver social value across its activities.

But despite calls from many sources to upgrade social value from being a mere concept or a “nice to have” into an established practice, it seems the message has not yet got through to everyone. A recent survey, carried out by Building, Atkins and Faithful+Gould, found that more than two-thirds (64%) of firms polled still did not have a social value policy.

This was the launching point for an online roundtable discussion featuring several leading construction industry figures, sponsored by Atkins and Faith+Gould, which sought to understand the background to such reticence and to explore potential ways in which more firms could be persuaded to adopt social value policies throughout their operation.

John Finlay, industry veteran and formerly a director at Value In Construction, said he considered it a cultural issue. “I wasn’t surprised by the survey. Social value is one of those things, like best value, which requires a cultural shift across the industry,” he said.

“But you need to be careful when trying to push for it, because some are wedded to the traditional way of doing things and you need a different mindset to make people do things differently.”

Social value is one of those things, like best value, which requires a cultural shift across the industry

How different companies viewed social value would impact how they took it forward, argued Ron Lang, chief technical officer at the Construction Innovation Hub, who warned against being too rigid.

“We’ve done work around helping clients to be clearer about what social value means to them. What you don’t want is for a social value policy to become too prescriptive, which can stop you from being able to deliver things that are meaningful within the context of a specific project or programme.

“So I think it’s important to state that social value is at the heart of the decision-making of your business, but try not to be too rigid about what that specifically means.”

Barbara Baffoe-Bonnie, principal evaluation manager at Highways England, said that an issue which often arose when discussing social value was that it meant different things to different people. “Corporate and social responsibility, strategy and planning, or procurement: it all gets looked at through a different lens.

“At Highways England we ask ourselves: are we delivering social value nationally, by virtue of delivering roads that enable people and communities to connect better?”

Baffoe-Bonnie said a conversation around social value needed to be about understanding how it fitted in with a given project and articulating that vision when first talking about the strategic case for developing a particular scheme, rather than waiting until the procurement stage.

Lynette Emmanuel, programme delivery lead at the Ministry of Justice Property Directorate, said that in the case of delivering satisfactory outcomes for women in the prison system, the social value aspect similarly needed to be established at the outset.

“We’ve just gone through a useful exercise with the Innovation Hub around women’s prison expansion works. We are very mindful that the women’s estate is very different from the male estate in terms of the needs and requirements of the women in custody.”

What you don’t want is for a social value policy to become too prescriptive, which can stop you being able to deliver things that are meaningful within the context of a specific project

Having the ministry’s finance team on board was useful, Emmanuel said, “because there’s often a disconnect or misunderstanding around value and value for money, as opposed to social value. We’ve often had a tug of war with regard to value statements and outcomes, and it then just being the basics in terms of finance, and how much it is going to cost.

“Whereas the process we went through helped us to refocus and think about prioritising and getting a better balance between those different priorities.”

While requirements as part of the Procurement Policy Note 06/20 (PPN 06/20) support social value as a central element to government buying, John Wardle, chief executive of contractor Claritas Group, said part of his firm’s social value strategy comprised investing in its supply chain to either help it develop technology or else work with it in order to create more efficient processes. 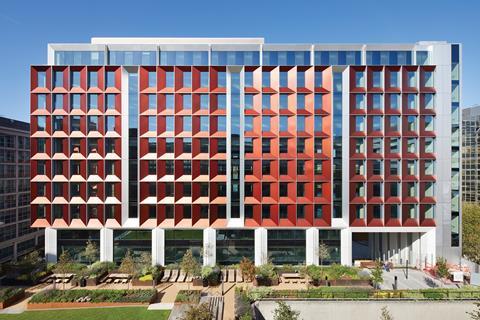 But Wardle said this would present challenges too. “I was speaking with a public sector body very recently about our social value strategy, and when I talked about investing in technology within the supply chain, they looked at me as if to say: ‘How is that going to help me build housing in my local area?’ They didn’t see how they could score [my tender] very heavily on the social value answer from that point of view. Yet the PPN 06/20 has that down as a key part of the process.

“So there’s a disconnect between what the PPN was saying was beneficial, and what the people scoring my tender thought.”

Taking up the point around the issue of monetising social value, Ron Lang argued that in trying to monetise everything one risked taking a narrow view of what the end value was.  “It can lead to pushing the client in certain directions in terms of the solution. So if there are certain metrics which already have kind of monetary values to them, they can pre-empt the outcome, and one ends up merely selecting that metric, without really realising whether it’s what you really want to drive out of the project.”

Monetisation was originally introduced due to budget cuts, said Mark Bolger, Atkins’ social value technical director. “Somehow you had to show evidence that whatever you were cutting created some sort of value somewhere.

“Now it’s bound up with the project’s lifecycle and where the opportunities are to create value, and about how you evidence the social value that’s above and beyond traditional appraisal techniques that can support a benefit/cost ratio, in order to get those projects off the ground.”

“It’s also part of your decision-making process, being around a social objective [but] when you get to a project level it needs a more bespoke definition of social value in relation to that project. And it follows quite nicely with the Value Toolkit [the government-backed initiative that measures value] regarding the outcomes you’re expecting to achieve, whether it’s how you’re going to construct a building, or what happens throughout the life of the asset.”

Unless we all collaborate, educate and work across sectors, we’re not going to see that shift in thinking which needs to happen at speed

Jenny Hinde, executive director of recruitment firm Clear Company, said there had been a shift from some more progressive companies around monetisation of social value from an EDI (equality, diversity, inclusivity) perspective, “where they are saying, ‘I don’t need you to tell me about business case. I don’t need to talk about a return on investment. It’s 100% the right thing to do and the risk is us not getting this right.’

“Other organisations are still stuck with that tick-box mentality, saying, ‘I’m doing it because I’ve got to do it; I don’t believe in the value of it and I’m not really seeing how it’s going to change my organisation.’ Unless we all collaborate, educate and work across sectors, we’re not going to see that shift in thinking which needs to happen at speed.” 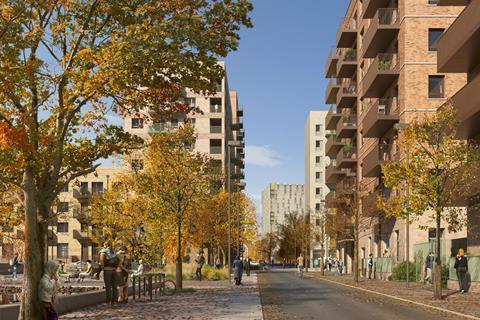 It was easy to look first at how to monetise social value if your experience of the social value aspect was limited, argued Peter Masonbrook, head of social value at Faithful+Gould. “All of us here in this [roundtable] are aware of it, but many aren’t. Some sectors are very different in their approach.

“We talk about central government and local government, about their maturity in terms of delivering social value, but there are so many other sectors that have not thought about at all.”

John Finlay thought that companies pitching for work could do with telling better stories around their project delivery. “When I was writing questions for framework submissions, I kept totally away from the monetisation. What I wanted to see was evidence of what had been achieved in terms of a good outcome.

“Yes, we need to collaborate, educate and provide relevant data. Monetisation stimulates the tick-box mentality. But collecting and sharing good stories, putting reality in front of people, it shows who is benefiting from social value outcomes.”

Michelle Russell, head of workforce analytics at the London-based National Skills Academy for Rail, believed there were two elements to social value. “One is around hearts and minds, the bit around what’s actually being delivered, what’s changed for people – like a young person from a disadvantaged area who gets an apprenticeship, who didn’t have very good qualifications and then goes on a journey that leads to a long-term job and a career.

“The monetisation aspect is used around decision-making: what’s the value of this project in terms of what it’s going to deliver? You need both these aspects, and both will mean different things for different audiences, like saving money for the public purse or benefiting the economy in some way, while also contributing to people’s wellbeing in terms of savings to the NHS.”

I’d like to see the social impact fraternity start collaborating on standards and how we measure our social impact, so that there is then some alignment

Finally, Jamie Hillier, founding partner of consultant Akerlof, summed up the mood of the meeting by reflecting that the subject of social value was a broad one, steeped in a variety of views and perspectives.

“When you’re trying to consolidate these against what is a pretty dynamic, societal environmental landscape, being able to quantify the social impact at a static point now, let alone a whole lifecycle, is really tricky. With all those dynamics, the situation is further compounded by different interpretations of how to implement it.

“I’d like to see greater collaboration between those working in this area, for the social impact fraternity to start collaborating on standards and how we measure our social impact, so that there is then some alignment, rather than there being this competition between ways of doing things.”

Round the virtual table