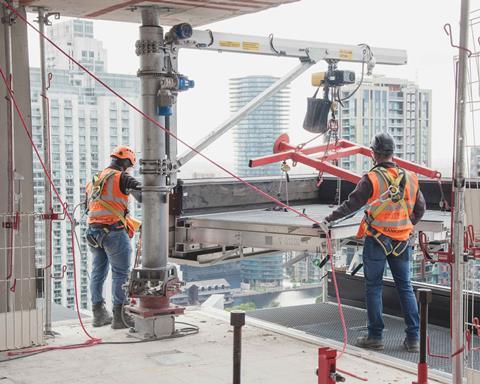 Irish developer Ballymore Group is building two towers near London’s Canary Wharf featuring wraparound balconies that create a vertical sky garden. The development is fittingly called Wardian London: a Wardian case is a glass box meant to house ferns or other plants, invented by British botanist, explorer and inventor Nathaniel Bagshaw Ward. In other ways, too, the project embodies Ward’s spirit: the two towers, 55 and 50 stories, boldly remake the skyline of Canary Wharf, with all of the 764 apartments featuring balconies and private gardens. Incredibly, Ballymore will have installed about 4,000 balconies—40 per floor—when the towers open next year. This innovative design has called for new technology solutions such as Bluebeam Revu, which allows for real-time information to be shared instantaneously between the field and office, and has shaved one day per week off the installation schedule thanks to tracking and collaboration capabilities.

Staying on top of the schedule

Gibbs Burke and Clark Stirling, who are senior facades construction managers, spend every day on the project. They oversee the progress of construction on the exterior—in this case, that means knowing where all 4,000 balconies are in terms of installment. “Revu helps tremendously,” Burke explains. “It allows us to track in real time exactly what’s going on for any given balcony.”

And the markup capabilities mean that if, for instance, the target installation number wasn’t met on a certain day, Burke, Stirling and the Ballymore team will know why. This allows them to make adjustments over the life of a project. In addition, this data will be useful after turnover, as Ballymore can analyze data across projects to improve efficiency going forward. With such precise information, Ballymore knows if they fall behind and what they have to do to make up time. When the project is nearing completion, they utilize Revu for snagging: a process that used to take a day and a half, with Revu now takes an hour. According to Burke and Stirling, snagging in Revu is incredibly easy: just a “simple point, click, take a picture, done.” They can have a full report done and uploaded to Revu so that the office can see it in just 60 minutes, or the time it takes to do a walk through.

Knowing that his team is using Revu gives Senior Packages Manager Mark Burnett comfort as well. “I know that my team is looking at the construction on a day-to-day basis, and I know that they will know if part of the building is not built on that day, so they can react to that.” It allows any issues to be dealt with before they become large and intractable—and expensive—problems. 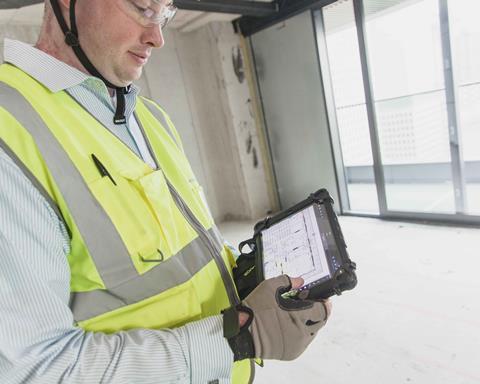 One of the greatest design-phase challenges of any project, but especially one as large as Wardian, is to make sure documents and drawings are current. Even when architects are meticulous about outlining their changes, sometimes revisions can slip by unnoticed. Burke recalls a project where a design manager was spending hours comparing documents, trying to discern differences. When he showed her how to do that automatically in Revu, her eyes lit up “like a kid at Christmas.” With the click of a button, Revu reduced the time it took to perform an incredibly important function from one day to one minute.

When Wardian London is completed in 2020, it will be a new landmark in the Canary Wharf district of London and a feather in Ballymore’s cap. The two towers will be the embodiment of London’s distinctly 21st century architecture and serve as a model for future construction, where innovation and efficiency are embraced by the developers. Revu has played an important role in driving those innovations forward and improving efficiency. And besides boosting London’s skyline, there’s yet another benefit from using Revu: “Being efficient makes people happier,” Terry Arnold, the Wardian project director, says. “We’ll definitely be using Revu on the next project. And we’re looking to roll it out across the whole of Ballymore.”