With the ripples of recession still being felt through the lead times of many specialist trades, Brian Moone discusses how clients of the supply chain can minimise disruption 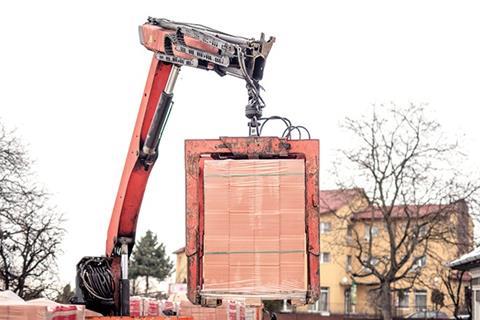 During the early stages of recovery from recent recession, the first trades to report longer lead times were those that had less flexibility in their ability to react to changes in the economy. Typically, these include trades that rely on manufactured products. Manufacturing takes longer to gear up production to cope with increased demand. Stock levels are typically used to buffer this but where stocks have been depleted to release tied up capital any shortages are immediately passed on as longer lead times.

An example of this has been the extension to lead times within the specialist brickwork trades. Brick kilns were closed down during the recession and therefore stock levels held by manufacturers and distributor were depleted. The reduced demand meant that supplying bricks direct from the kilns was feasible without causing significant delays. However, by July 2013 demand increased, which meant the lack of a buffer and reduced operational kilns were directly transferred to project lead times – extending them from five weeks to 11. Mobilising existing or establishing new kilns required significant investment and many organisations will wait until there is certainty in the demand before proceeding.

Other specialist trades that responded slowly to the increased demand were those reliant on large plant or equipment. One of the first specialist trades to report increased lead times in February 2013 were piling companies. Similar to the way that manufacturing adjusted to cope with the recession, piling companies offloaded or didn’t replace rigs to free up capital and reduce unnecessary maintenance costs.

A combination of increased workload and a lag in acquiring additional plant and equipment has led to a prolonged fluctuation in lead times for piling over the past two years. Again, following a recession, companies are less willing or unable to invest until there is more certainty in the workload, therefore delaying investment decisions. Interestingly, the continued long lead times for brickwork has been exacerbated by a reduced availability of lorry’s to deliver them – another example of plant and equipment capacity lag.

Similar characteristics have been identified with other trades that are reliant on manufactured components. These have included facade lead times, which started to increase in October 2013, followed by mechanical and electrical trades in February 2014 and then internal stone wall and floor finishes in April 2014. The difference in the timing of the impact of these is largely down to the programme sequence and therefore when the increased demand for the trade is incurred, otherwise the factors above remain the same.

Typically, labour is seen as the more flexible resource with limited investment necessary and an ability to react more quickly to increased demand through hiring staff or utilising agency labour. However, while this flexibility applies to unskilled labour, the length and depth of the recession has meant there hasn’t been the investment to train skilled people. This level of investment takes longer than the manufacturing or plant and equipment trades to respond.

With many of the skilled operatives and managers being forced out of the industry and no new recruitment, skilled labour and materials is becoming the next major factor to impact lead times. For example, despite the availability of plasterboard keeping pace with demand, February 2015 saw lead times for dry lining extend due to contractors anticipating that the skills shortage will push this out even further over the next six months as high volumes of residential units go into production through 2016 and 2017. A high percentage of these new units are for the higher end of the market where the level of quality in dry wall construction can only be achieved by operatives with the appropriate experience.

Other labour intensive trades forecasting longer lead times over the next six months due to a shortage of skilled labour include brickwork, the facade industry and external hard landscaping.

Many companies have already experienced shortages of skilled office and project staff including those responsible for estimating, design, engineering and project management. The lag in capacity to meet demand can be reduced through a decrease in demand, however, with the volume of work already in the pipeline, this is unlikely. Therefore it is up to clients of the supply chain to understand the different factors that can lead to the lag and manage it to minimise the impact. One method that clients can use to manage capacity issues is to secure capacity early. A number of the specialist contractors are being a lot more selective about the projects they take on, which means that clients need to ensure that their projects appeal.

Typically, specialist companies identify early engagement as the key factor to securing capacity. Through early engagement, the specialist can ensure appropriate levels of resources are available or suggest alternative sequencing to reduce the impact of delays that cannot be reduced through resources. Improved visibility of the pipeline also is seen as an effective method of helping specialist contractors gear up to changes in demand.