Many suppliers of M&E and other factory-made components have reduced capacity, while more overseas players are entering the market. Brian Moone examines what this means for lead times 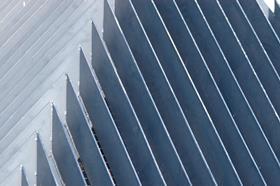 As the construction industry continues to report the shortest lead times for more than a decade, many clients are exploring off-site manufacture to reduce
on-site construction time still further. However, there are signs that the lead times for manufactured items have increased. This drive for off-site manufacturing has also led to opportunities for international companies to enter the market, and this is also bringing new challenges in terms of making allowances in the lead times for longer delivery periods. This report explores the current and longer-term impact these changes will have on construction projects in the industry.

In general, mass-produced product and component manufacturers have had to reduce stock levels and shut down or mothball facilities to remain competitive and ultimately stay in business. For example, where a company makes a wide range of products, each product tends to be continuously manufactured in parallel on separate production lines with a buffer of stock to absorb peaks in demand. However, in the current economic climate most manufacturers have had to reduce the number of production lines and make products in batches sequentially on the same line with no stock buffer. The result is that delivery is dependent upon the product being on the current production run.

This quarter, the analysis of lead times has identified four examples of where specialist contractors are reporting that their suppliers require longer lead times: these include soft floor finishes, cladding systems, mechanical and electrical services. Both the mechanical and electrical services industries have a high reliance on manufactured components, so it is no surprise that they are the industries that are reporting longer lead times from their suppliers. The components they are reporting increases in include fan coil units, generators, combined heat and power units and ventilation grills. These increases are typically around 10% - for example, chillers are up by one week to 11 weeks.

Soft floor manufacturers are experiencing similar problems and this is exacerbated by the range of colours and patterns available to provide the required consumer choice.

Specialist contractors are currently absorbing these increases to remain within programme or to provide a competitive lead time to help secure workload. While this may be sustainable in the short term by increasing resources - either upfront to accelerate the order date or after delivery to complete installation - this position will eventually have to be passed on to the project through increased lead times.

Specialist contractors are also reporting that manufacturers’ design work is also increasing lead times. As designers strive to reduce their costs to meet reduced fee levels, they are looking to manufacturers and suppliers to provide the design element in return for specifying their products and components.

The impact of this is that the contractor is then tied to that supplier and there is less incentive for the manufacturer to provide a shorter lead time; this can potentially lead to resources being diverted to other products where the pressure to deliver is seen as more critical. The more technical the equipment, the more prevalent this practice is.

The long road from China

The current drive to use the capacity and price provided by procuring products and components globally is also having an impact on lead times. While some products, typically the smaller high-volume items sourced from international markets, have become commonplace, there are signs of larger specialist non-standard components also being manufactured internationally. A recent example has been unitised curtain wall manufacturers entering the UK market from China. While this market has typically been dominated by contractors from Europe, the production capacity of Chinese companies is typically greater and labour costs are lower. Previous concerns regarding quality of products have been addressed by the key players in China, which is making them a viable alternative. Shifting production of large components such as unitised curtain wall to the Far East creates its own logistical issues, resulting in increased delivery times - by road from Europe typically takes 10 days whereas by sea from China is around 23 days. Projects will need to identify whether this will affect the overall lead times for the components. It may be that with increased production capacity the longer lead times can be absorbed.

The benefits of off-site manufacture are well known, and in a buoyant market they are clear to see. But against the challenges of a difficult economic climate and suppressed lead times, the effects of production capacity and delivery logistics become an area that need ever closer attention.