Could the holy grail of BIM-enabled whole-life cost estimation be one step closer? Helena Russell reports on the development of a prototype that could bring it within reach

When the cost of operating a building for 30 years can be four times that of designing and constructing it, it is no surprise that those who own and maintain buildings are keen to find savings. But the crucial decisions that make the biggest impact on operating costs are generally made by people who have limited interest in how much buildings cost to run after completion.

And, even if designers wanted to, factoring the whole-life cost of every building element would be a mammoth task, particularly as whole-life cost data on all the different construction products is not available.

So imagine if a simple software tool existed that enabled designers to easily integrate whole-life costing and embodied carbon impacts into building design. That is the promise of 7D BIM, which adds another dimension to BIM which already includes 4D (time) and 5D (capital cost). 7D BIM is being pioneered by an industry partnership including Morgan Sindall Construction, Galliford Try Partnerships, Hoare Lea, Prosperity Capital, BLP Insurance, Etex, Elliott Wood and Stanhope.

The architect Cartwright Pickard is leading the initiative, which aims to more accurately predict whole-life cost and embodied carbon by using data from in-service buildings rather than relying on historical data. The project aims to give architects the tools to estimate – and hence reduce – the whole-life costs of their buildings at the crucial early stages of design. The first phase of the project – proof of concept and development of a prototype – has just reached completion and the next phase will shift to a focus on validation and development of an end product.

Founding director James Pickard wants to make architects aware of the long-term impact of decisions made at an early stage, and give them the means to make better choices. “Good architects need to ensure that buildings perform as intended, and that they use resources – whether that be money, energy, carbon or whatever – in the best way possible,” he says. 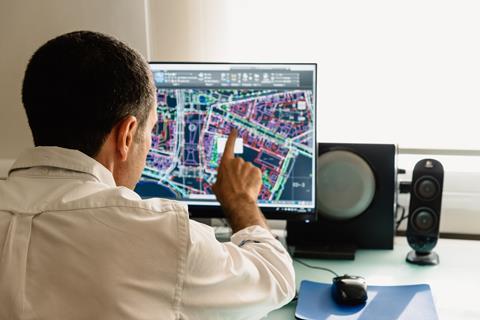 Initial research into 7D BIM identified a number of barriers, including varying definitions of how whole-life costs are calculated

He points to the rising focus on sustainability in the construction sector as the main motivator, and in particular the government’s demand for a 33% reduction in whole-life cost of buildings by 2025. The fact that, globally, the building industry is responsible for an estimated 39% of carbon emissions and the impact that architects can have on this at an early stage are two key factors that he hopes will focus attention on finding a way to bring the project to fruition.

The cost of operating a building over a 30-year period can be four times the cost of designing and constructing it, he says. Moreover, around 80% of the operation, maintenance and replacement costs can be influenced in the first 20% of the design process. “We potentially have the gift of making a huge impact on carbon emissions, but our professional bodies are not pushing this at all,” he says.

A launch next month will mark the culmination of two years’ work in collaboration with the Mackintosh School of Architecture in Glasgow to test proof of concept. Work up to this point has been financed by a £100,000 grant from Innovate UK, which was more than match-funded by the industry partners that also contributed whole-life cost data and practical knowledge of BIM implementation.

BIM and sustainability specialist Dr Mariangela Zanni from the Mackintosh School of Architecture was seconded to Cartwright Pickard to work with their in-house BIM experts. The team also hired an independent software developer. Pickard says they preferred this route, rather than partnering with a big commercial software company; he feels strongly that the tool must work across all platforms to ensure that it has the widest reach.

Initial research identified a number of barriers, including varying definitions of how whole-life costs are calculated; the availability and ownership of data and the fact that coding systems for identifying and classifying components are not currently aligned. Lack of knowledge and skills among designers in how to produce or use data sources, and limitations of existing software, were also noted.

The ultimate aim is to develop a decision-support tool that sits between the building information model and a cloud-based whole-life-cost database and enables the two to communicate. Changes to the model – for example, swapping one type of cladding for another, or choosing wooden windows rather than UPVC – would draw on information in the database to update the whole-life cost and embodied carbon estimates, giving the designer an immediate indication of the impact of that decision.

While manufacturers may provide whole-life data for their own products, such estimates do not take account of the fact that products may not be installed or maintained as intended, or they may have to endure harsher than average environmental conditions. Thus reliable estimates of whole-life costs need real, measured data.

This data was sourced from three main contributors, Pickard says. Naturally whole-life cost data is critical for buildings insurers, and BLP Insurance offered some of its immense volume of data to populate the prototype database used for the proof of concept. Additional data was bought in from two other consultants involved in the building industry. At least one of the sources also included whole-life carbon data, he confirms, and this will be demonstrated at the prototype launch.

The granularity of that data is impressive, Pickard says: “For example, you can look at failure times for window stays or handles on a 30-storey, build-to-rent residential block, and can differentiate between those on the windward side of the building, and those on the leeward side, which will fail after different lengths of time.”

Whole-life costing is also of great interest to build-to-rent developers and investors, and the proof of concept has been demonstrated using the BIM model of a Quintain residential block in Wembley Park, north-west London. which has already been completed. However, Pickard points out that the BIM model had to be rebuilt to enable the 7D data to be introduced. 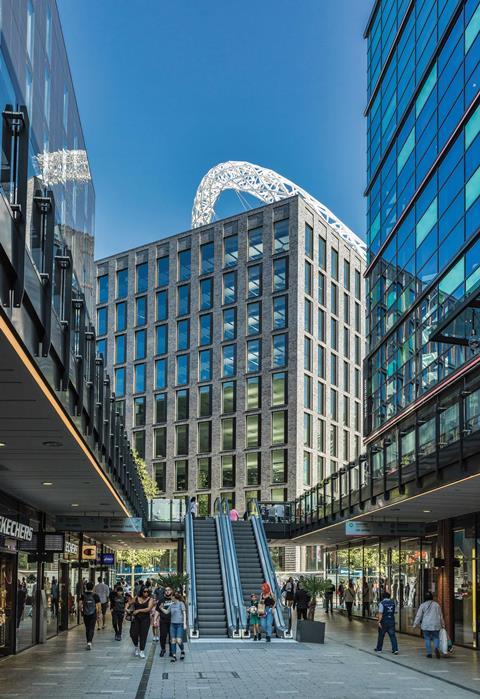 “Not only does the data have to be accurate and structured in the right way, but the BIM model has to be set up with this in mind too,” he says. The protocols for how the model should be structured already exist, he confirms, but are not always applied rigorously at the outset.

The team took data from 10 key elements – roof, walls, and so on – and Pickard says the prototype tool is able to demonstrate what happens to whole-life cost when one of those elements is changed in the model. “We think we have cracked the basic principle,” he says, “and now we need to raise the funding to take it to the next stage.”

Experts in data-mining and artificial intelligence will be needed for validation and development of the tool, he adds, and financial backers are being sought for this phase. 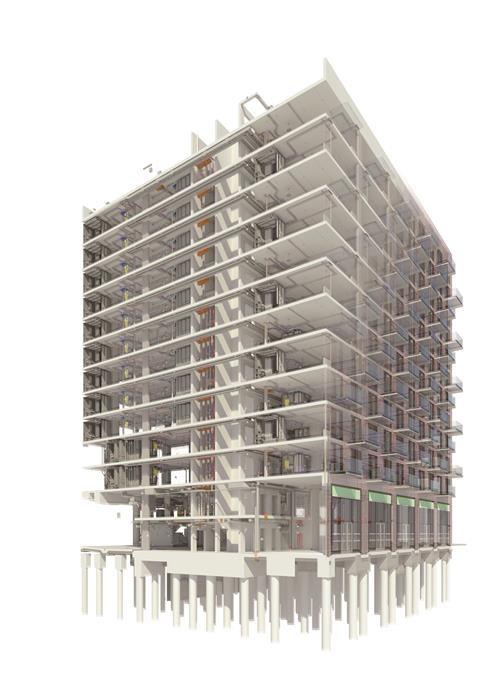 Proof of concept has been demonstrated using the BIM model

Arcadis partner and head of strategic research and insight Simon Rawlinson is cautiously enthusiastic about the initiative, saying that the opportunities for improvements that it could bring are clear. “I don’t think anyone has tried to get operating costs into BIM models yet,” he says, “and that is probably a reflection on the way that the data is captured and used.

“We’ve seen the same thing to some extent with attempts to introduce 5D, or capex, into BIM which as yet has struggled to take off. There has been a mismatch between captured data, how it is used, and how the information in the models is built, although there is some drive to close that gap now,” he adds.

The main challenge will be persuading companies to supply their own data, and ensuring it is accurate

He is also curious as to whether asset owners will be able to use the software tool to inform maintenance planning – if so, he says, it will be even more significant.

“Utilities owners in particular expend a huge amount of time and energy in trying to work out how to spend maintenance funds for the biggest impact on network efficiency,” he says.

Rawlinson believes that the main challenge will be persuading companies to supply their own data, and ensuring it is accurate, recorded in a consistent manner and kept up to date. He also points out that, at the early option phase, designs for items such as heat recovery systems may not yet be sufficiently detailed to support accurate whole-life cost estimates.

“On the whole it will call on people to do things in a more consistent way,” he concludes, “which is a good industry-wide discipline that does not exist at the moment.”

With its proponents gearing up to launch the second phase of development, and industry heavyweights already backing the scheme, it is conceivable that 7D BIM could be on its way.