Expanded cork has been used in flooring and to insulate buildings for more than a century, but its structural properties were uncharted until very recently. Helena Russell considers how a project on an island in the River Thames has changed that 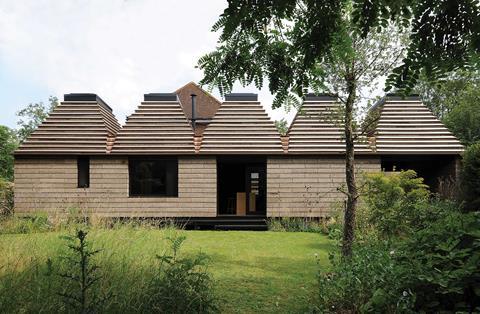 The Cork House is built of 1,268 expanded cork blocks, which are assembled on a cross-laminated timber floorplate and founded on removable screw piles

Specifying materials can be a complex process but, at least when structural behaviour is the central concern, the characteristics of traditional products are proven and documented. Not so in the case of a recent residential project in Berkshire, where materials research, construction modelling and prototypes were all part of the validation of the final design.

As its name suggests, the Cork House in Eton is built of 1,268 expanded cork blocks, which are assembled on a cross-laminated timber floorplate and founded on removable screw piles. The roof is formed from five corbelling truncated pyramids supported on timber edge members and valley lintels to span window and door openings and allow an open-plan interior.

Cork has long been used for flooring and wall tiles, and as an early form of insulation. In recent years it has been used as external cladding on buildings such as José Carlos Cruz’s Ecork Hotel in Evora, Portugal, which was built in 2013, and it is increasingly finding favour as cladding for houses. This year’s Serpentine Pavilion by South African architecture practice Counterspace will pair cork with bricks made of demolition waste.

Shortlisted for the 2019 Stirling prize, the Cork House takes use of the material to a higher level by employing cork bricks as the main structural system. Construction of the one-bedroom house, which was described by the RIBA jury chair as “the first of its kind” and “a noble, momentous model to aspire to” began in September 2016 and was completed in January 2019. It sits within the curtilage of a grade II-listed millhouse dating from the early 19th century, on a small island in the Thames and is positioned to form a gateway into a walled garden, with a weathered end bay forming an antechamber. It is designed to be dismantled at end-of-building-life and all 1,268 pure cork blocks can be reused or returned to the soil.

The single-storey dwelling, which measures 17.3m by 4.3m externally and has an internal area of 44m2, is located on a small island in the River Thames overlooking Eton College.

Architect Matthew Barnett Howland of CSK and Arup structural engineer Gavin Maloney explain the process of defining cork’s structural and architectural properties, and how they took the material from cladding to construction.

For what purpose and to what extent is expanded cork currently used as a building material?

Expanded cork board was patented as a product in the US in the late 19th century, and its primary use is as a breathable insulation board, the forerunner to modern petrochemical foam insulation boards. It has been used in a proprietary external wall insulation and lime render system and more recently as an exposed external cladding product for buildings around the world.

What are the benefits of using expanded cork as a structural material?

Blocks of expanded cork work mainly in compression, and in this respect they are similar to stone; however, they have a much lower thermal conductivity – hence, we started to think of them as a kind of “insulating stone”.

Expanded cork is manufactured from low-grade cork, a by-product of cork forestry for the wine stopper and composite cork industries. Granules are “steam cooked” using 93% energy from waste cork biomass. During this process, a waxy substance called suberin is released from the cork and acts as a natural binder. Blocks can then be CNC-machined offsite to produce a kit of building blocks that form a dry-jointed interlocking construction system. Each block weighs just under 13kg and they are installed using little more than a rubber mallet to an interference fit.

The blocks are installed with a rubber mallet

In more general terms, the sustainability and low carbon advantages attracted us because:

What was the client brief for the Cork House?

The Cork House served two purposes: originally conceived as a home for the architects’ extended family, it also presented an opportunity to pilot an innovative, dry-jointed, self-build cork construction system. The research and development of the system was undertaken between 2015 and 2018 in collaboration with industry and academic partners including Bartlett UCL, the University of Bath, company Ty-Mawr and Amorim UK, and was part-funded by Innovate UK and the Engineering and Physical Sciences Research Council. 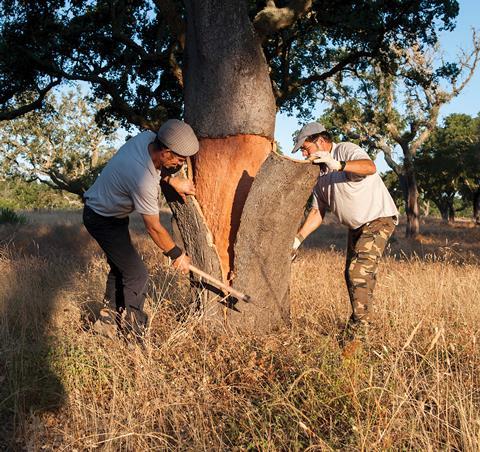 Cork is harvested once every nine years

What were the initial concepts for the scheme and the architectural contributions made by the choice of material? 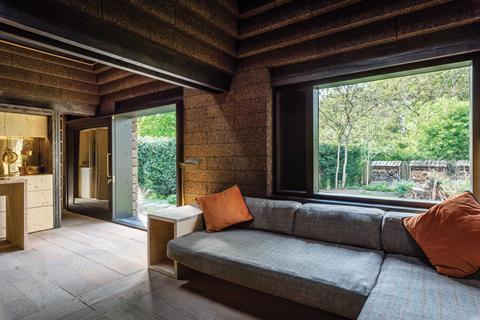 We were interested in developing the tectonic nature of the architecture as a result of both the specific structural properties of the material and its dry-jointed method of assembly. Expanded cork creates a very atmospheric, sensory environment with its smoky aroma, calm acoustic, and gentle, textured surface that is warm to the touch.

We tested the performance of both the material and the construction system in terms of structural behaviour, fire, weather, insulation, airtightness, moisture, durability and so on using laboratories at the University of Bath and the BRE, plus prototypes installed on site. There were four areas in which we had to supplement performance and adapt to meet building regulations:

As the density of the blocks increases, stiffness improves but thermal insulation performance reduces, hence density had to be optimised based on these considerations.

The building was carbon-negative on completion

We also had to think about the creep behaviour under sustained loading, a long-term effect that cannot be easily replicated in short-term laboratory experiments. We applied knowledge gained from other plant-based materials such as timber and bamboo to best predict the future compression of the inherently soft material. 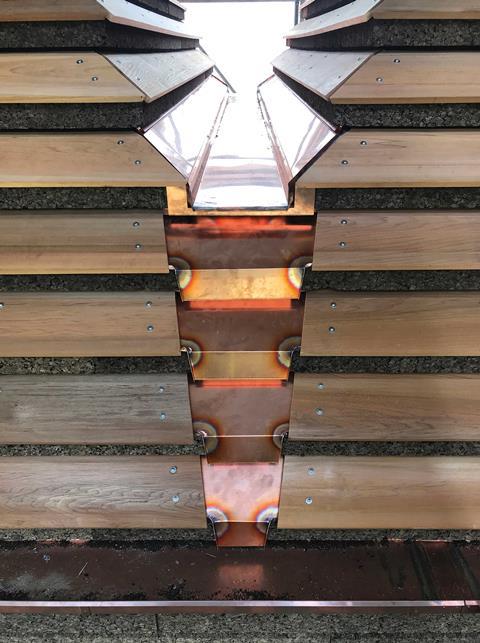 In all other ways, the external wall and roof is a dry-jointed assembly of solid cork blocks in line with our original objectives. The building was carbon-negative on completion, and is predicted to emit only 619kg/m2 of carbon dioxide equivalent over its lifetime – this will be evaluated though a post-occupancy study.

What were the other practical constraints including CDM regulations and maintenance, product lead times and so on?

We undertook some initial research with Amorim into making thicker and higher density blocks, but there were technical limits in terms of the pressure and heat that could be applied, as well as other logistical manufacturing constraints. Therefore, we settled on the use of an existing standard product known as MD Facade, with relatively predictable lead times, a degree of performance data available, and an established history of use as an external-grade cladding product since 2000. 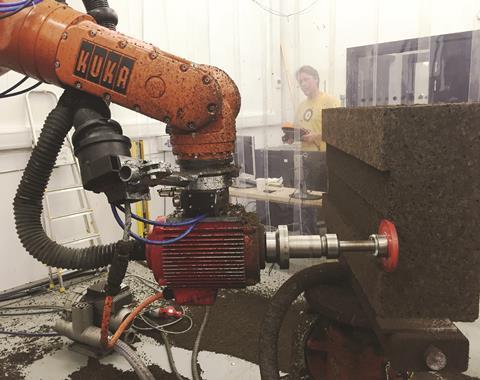 We visited Coimbra in Portugal to inspect the first building that had used this product and see how it was weathering under UV light and a level of rainfall similar to the UK.

Were there any specific issues or challenges in realising the final scheme?

Beyond the issues outlined above, the main overall challenge was developing a new construction system with an “unconventional” material; something that normally takes a lot longer and costs a lot more to achieve. It was an enormous challenge for the designers and construction project team, so required a genuinely collaborative approach.