Since its election last year the Conservative government has cut back a lot of sustainability legislation. But can sticking with the eco-building agenda benefit construction firms’ business model anyway? 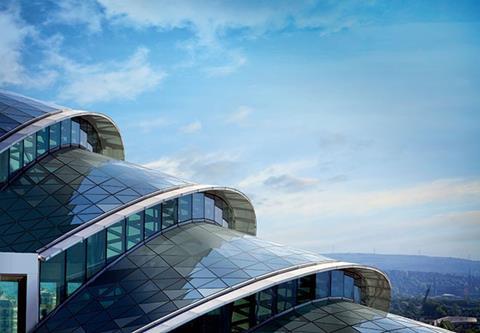 This time last year, when the industry gathered for Ecobuild 2015, there were nerves about the government’s commitment to the sustainable building agenda.

But few would have predicted the speed and severity of the Conservative government’s volte-face on the eco-building agenda, following its unexpected but outright victory at May’s general election.

Within a few months, nearly a decade of patient policy work to promote zero carbon housing had been comprehensively dismantled. So, without these regulatory drivers in place, is there still a business case for building sustainably?

John Alker, director of policy and communications at the UK Green Buildings Council (UKGBC), admits that last summer was a “turbulent and quite depressing time”.

However, he has been heartened that the companies that make up the UKGBC haven’t abandoned the sustainable construction agenda.

He says: “We’ve been really encouraged to hear that in the vast majority of cases there is still, at senior levels of organisations, a commitment to sustainability: we’ve not heard anybody saying this changes everything.”

And, at least in the commercial property sector, there has been no abandonment, as yet, of the target that non-domestic buildings should be built to the zero carbon standard by 2019.

In the meantime, the European Union’s minimum energy efficiency standard for non-domestic buildings kicks in from 2018 , at which point it will not be possible to let out a building with an EPC rating lower than F.

“If you happen to own an F-rated office or factory you have to upgrade it by 2018, unless you don’t want to let it, so compliance is the business case there,” says Barny Evans, renewables and energy efficiency consultant at WSP, who is speaking at this year’s Ecobuild.

2018 will also see the introduction of the EU’s energy performance standard for public buildings, which will require high standards of insulation. 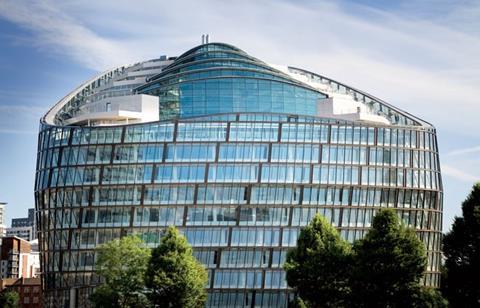 The Co-op’s 3D Reid-designed headquarters in Manchester emphasises principles of wellbeing and adaptability for future use, as well as having a BREEAM rating of “Outstanding”. It made financial sense for the Co-op to invest in sustainability measures as an owner/occupier

Evans’ fellow speaker Gavin Dunn, director of BREEAM at the Building Research Establishment (BRE), argues that sustainable construction is a lot more cost effective than it used to be. He says: “15 years ago there was an assumption that a higher scoring green building would cost a lot more and the reason people were doing it was because they wanted to be seen to be green or they were told to, as a planning condition.”

“The world has moved on and the marginal cost of building these things has come down. We’ve got better at doing it and the cost of technology has reduced. The payback now is very real and not the huge additional barrier that it used to be,” he says, pointing to recent research carried out by BRE.

This showed that occupiers could recoup the additional 1 - 3% additional costs of meeting the BREEAM Excellent and Outstanding ratings for commercial buildings via energy savings within two to five years.

The extent of these paybacks will also depend on the type of building in question. The case is very clear for building sustainably on highly energy intensive structures like chilled food distribution centres, argues Evans. He says: “Solar panels on the roof will pay back even if you borrow the money to install it. Even if you care about nothing else you will save money.”

Steven Hale, managing director of Crofton Design, is sceptical that developers of more mainstream commercial buildings, like office blocks, will be willing to pay more in order to achieve a slightly higher standard of sustainability.

“No developer is going to want to spend more so he has BREEAM Outstanding rather than BREEAM Excellent because it doesn’t help him give any extra return to his investors.”

With mainstream office blocks, energy bills are a drop in the ocean compared to other costs like salaries and rents, Evans acknowledges. And this cost-saving case has become even harder to sustain as energy costs have nosedived with the oil price over the past year and a half.

However, energy savings can be dwarfed by other benefits from sustainable construction, such as the creation of more pleasant working environments with spin-off benefits in terms of greater staff productivity and lower turnover, Dunn argues.

He says: “Marginal increases in staff productivity or retention have a massive impact on the bottom line of the company. You can charge a premium for these buildings because they are adding value to the organisations that occupy them, which the commercial real estate people are really tapping into.”

Dunn sees a shift in thinking on sustainable building as a result. “We’re seeing a shift from people being required to do it by government to choosing to do these things because they get a better value building and in many cases a better return on investment.“

When it comes to residential development though, the business case argument is far more central, following the government’s abandonment of the 2016 zero carbon target. 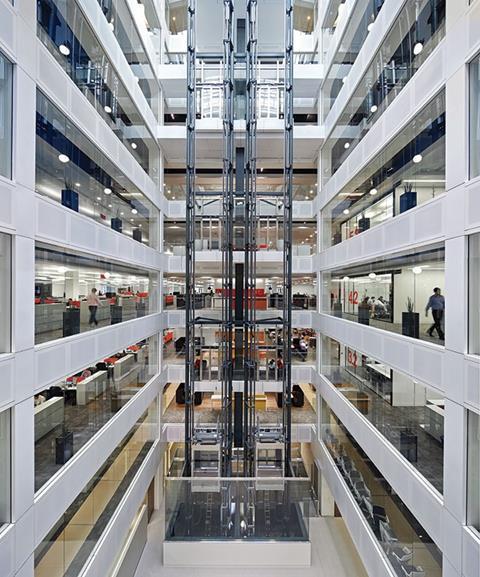 Accountancy firm PwC achieved the highest BREEAM office rating with its Embankment Place office refurb in 2013. Measures to improve building performance had to have a payback of less than four years

Evans plays down the impact that the axing of zero carbon regulations has had.

“Removing zero carbon hasn’t changed things as much as might be thought. The difference tween the 2013 regulations and the Zero Carbon Home isn’t as great as some of the headlines suggested.

“You are getting to the point where modern homes are pretty efficient. Without sounding complacent you don’t need to do too much.”

However, he acknowledges that housing projects will require less insulation and renewable energy than would have been the case if the 2016 target had remained in place.

But Evans does suggest that developers can now use zero carbon construction to differentiate their buildings from competitors, which may be a useful tool, such as when seeking planning permission in a location where development is usually hard to obtain.

He says: “The falling away of the regulatory burden gives you more wiggle room to show that you are different. When zero carbon came in nobody was going to do anything else so the game was over from a differentiation point of view.”

However, apart from sensitive locations, businesses will have to be persuaded by more than self-interest to build to zero carbon.

And relying on conscience will never be a sufficiently strong driver in the business world, warns the government’s former chief construction adviser Paul Morrell, another speaker at this year’s Ecobuild.

He says that to deliver wider government pledges to curb emissions, reinforced by the government’s recent Paris summit commitments, will require regulation. Any argument that is rooted in business self-interest, however enlightened, will ultimately result in the government being let off the hook, Morrell warns.

His fellow Ecobuild speaker Robert Sakula, of architect Ash Sakula, agrees. “Unless regulations exist, however good the intentions of the people who want to do it, when the costs come in and it’s over budget, the first thing that goes is sustainability,” he says.

“The only way you can create a situation where people do sustainability is by regulation. Otherwise people think no one else is doing it. If regulation exists, stops are pulled out because you have to do it. Unless they [developers] have very deep pockets, sustainability won’t happen unless they are forced to do it.”

The business case for highly sustainable buildings: Realising the benefits through occupier engagement

This year’s leading construction industry event will take place at ExCeL in London on 8-10 March. To book to attend for free, go to www.ecobuild.co.uk