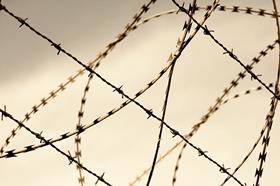 Balfour Beatty, Kier and Morgan Sindall are among eight firms in the running for a place on the Ministry of Defence’s estates arm’s £250m Scottish framework.

The Scotland Capital Works framework is one of seven frameworks being run by the Defence Infrastructure Organisation (DIO) and will be used for projects with a value of up to £12m.

Contractors will be required to undertake both design and building work under the framework.

The framework is set to run for four years from the summer of 2014.

Jon Wooden, the DIO’s frameworks project manager, said he had received 15 submissions in the pre-qualification process.

He added: “The competition was strong and the bidders faced a rigorous evaluation process to be able to go forward to the tender stage.

“We positively encourage smaller suppliers and subcontractors to approach shortlisted bidders about their products and services by accessing the bidders’ directory online.”