Up in the air: Taking steps to mitigate air quality impacts on ecology

What can firms do to tackle air quality issues as government stalls on strategies? 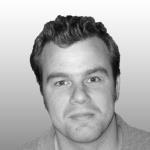 Out of the Great Smog, Britain entered the EU as the “dirty man of Europe” and, with a lot of talk, but very little being pinned down, we might exit that way too. Despite introduction of the Clean Air Act in 1956 and various legislative efforts since, we are still falling behind our European counterparts when it comes to air quality.

By now, the threats air pollution poses to human health and the global climate are well established. Combustion-related airborne pollutants cause medical problems affecting individuals, while on a larger scale, the warming effects of greenhouse gases have (generally) been acknowledged. In turn, these impacts are reflected in regulation that aims to limit emissions.

However, in current practice, the long-term impact of air quality on local ecosystems is often still misunderstood across the housing and development sectors, despite being a key ecological issue. Levels of reactive nitrogen are reported to have tripled in Europe over the last century as a result of air pollution, which continues to cause unprecedented and poorly understood changes to our natural ecosystems. A report by wild plant conservation charity Plantlife earlier in the year calculated that 63% of the UK’s most sensitive wildlife habitats are being affected by excessive nitrogen deposition.

Energy generation and road transport – both infrastructure sectors that are vital to economic development – are significant contributors to these forms of air pollution.

The figures prove that serious action needs to be taken – but the government has been stalling on delivering a truly comprehensive plan to combat it. The final air quality strategy for nitrogen dioxide was released last week, an effort that is yet again being widely criticised for not taking immediate enough action. Importantly, this is not a full pollution strategy – ministers have said it will be another year before we see a plan that includes tackling pollution from construction and other sectors.

That being said, house builders, developers and local authorities don’t need to wait for policy changes to address air quality issues head-on. Taking proactive steps to mitigate the potential impacts of development on habitats and designated sites of conservation importance reduces the prospects of unexpected objection and delay during the planning process, as well as improving environmental outcomes.

In the absence of centralised guidance, the Chartered Institute of Ecology and Environmental Management (CIEEM) and the Institute of Air Quality Management (IAQM) are working to produce guidance for developers. EPR’s advice to built environment professionals in the meantime is as follows:

The UK is under increasing pressure to improve the way it manages the issue of air pollution, and a growing body of evidence of the impacts of air pollution. Recent successful legal challenges to local plans means that it is an issue that can no longer be avoided by the housing and development sectors.

Demand an approach that combines air quality and ecology

Historically, there has been a lack of ecology-specific expertise in air quality assessments, where quality practitioners quantify predicted levels of air pollution but interpretation of the data is traditionally passed on to ecologists. Without having sufficient experience in these two spheres, results of air quality models are often underutilised and opportunities to overcome problems are overlooked.

Make changes at the planning and design stage

This combined approach creates a better model for predicting how changes in air quality will affect ecological receptors. This gives developers the opportunity to make changes early to ensure that negative impacts to habitats are prevented or offset.

There are many requirements under respective EU and UK environmental legislation that can appear complicated to those not familiar with the terms. For example, the EC Habitats Directive and UK legislation collectively define Sites of Special Scientific Interest (SSSI), Special Areas of Conservation (SACs), and Special Protection Areas (SPAs). Both developers and local authorities must look at the cumulative impacts of their developments on these protective areas and habitats in order to meet requirements.

Don’t underestimate the value of hiring a specialist

Having the right method and expertise will ensure the results of the air quality assessment are properly used. Targeted methods enable a more precise conclusion and can create added guidance for developers when it comes to implementation, such as designing appropriate mitigation or habitat management to counteract predicted negative effects.