Who pays, if the form doesn’t say?

Ahead of next month’s new FIDIC release, Lindy Patterson considers how risk allocation varies between FIDIC and NEC standard forms 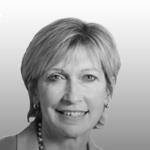 ”Fair allocation of risk” is a mantra trotted out in contract negotiations for almost every construction contract. Most bodies that produce standard forms will say that their standard forms, if left unamended, will achieve just that.

Another new release of standard forms, this time from FIDIC, should hit the market next month (see my Building article, 27 January). These will be the construction only, design and build (and plant), and turnkey forms (the red, yellow and silver books). One of the changes in these forms concerns the approach to risk allocation between employer and contractor.

Contracts specifically allocate many risks through the contract conditions and also sometimes through risk matrices drafted by the parties and included in the contract. This should not include the risk register required under NEC3, which is not about allocating legal liability for risks. NEC4 has changed the terminology to deter people from using it in this way by renaming it an “early warning register”.

Specific risks allocated by FIDIC, for example, include: errors in employer’s requirements; right to access the site; setting out; unforeseen physical conditions; delays caused by authorities; changes in law; and interference with tests on completion.

But what about those risks that are not expressly allocated? How do you determine who bears these? Where the contract is silent on who bears the risk of particular events, can this be deduced from the other provisions within the contract?

If not, a useful approach in those circumstances is to assume the risk lies where it falls. For example, take the risk of adverse weather (however that may be defined) increasing the contractor’s cost of carrying out the works. Who bears the cost of this? It falls on the contractor initially, as it is the party that will sustain any additional cost. The contractor may recover some or all of these increased costs if the contract provides that adverse weather is a compensatory event. In that situation the weather risk is being allocated to the employer.

Under JCT the only risk allocated to the employer for adverse weather is the time consequences. This is illustrated by the fact that the contractor will be entitled to an extension of time, and so relief from liquidated damages for the period of delay caused by the adverse weather. It will not be entitled to an increase in the contract price for this. The position is different under certain other standard forms.

But what about those risks that are not expressly allocated? […] Where the contract is silent on who bears the risk of particular events, can this be deduced from the other provisions within the contract?

Another commonly encountered risk is that of unforeseen ground conditions. If the contract is silent on these (and dealing with them does not fall within the definition of a variation to the works), the costs of them being encountered and therefore the risk will lie with the party that has to deal with them, namely the contractor.

Uncertainty as to who bears which risks is presumably why NEC3, in clauses 80 and 81 – entitled “contractor’s risks” – took a different approach to that of other standard forms. It lists the risks that lie with the employer, including any stated to be so in the contract data, and then concludes with the contractor bearing all other risks: “From the starting date until the defects certificate has been issued, the risks which are not carried by the employer are carried by the contractor.”

When the defects certificate is issued and the employer has taken over, this approach is reversed: the employer bears the risk of loss or damage except for that due to defects existing at takeover.

NEC does not exclude insured risks from the risk allocation. To the extent that an insurance policy does not cover the costs, that will be dealt with in accordance with the contract risk allocation (see: SSE vs Hochtief [2015] CSOH 92).

This NEC approach to risk allocation has not removed all uncertainty. A party must still identify which risks are carried by the employer before knowing what risks are left with the contractor. But where do you look to identify the risks allocated to the employer? Is it only in the contract conditions? What about other contract documents?

The new FIDIC forms due next month have adopted and developed the same approach. They have a new clause 17, entitled “risk allocation”. This clause states that risks allocated to the employer are divided into commercial risks and property/works damage risks, both of which are defined. Then there is a “sweep up” under clause 17.2, which states that “the risks allocated to the contractor and for which the contractor is liable are all the risks other than those listed as employer’s risks”.

But just as FIDIC moves towards NEC3 on this, NEC4 has changed its mind. It has abandoned the “all other risks lie with the contractor” approach. Instead, it lists each of the contractor’s risks in the same way it does the employer’s. It has also removed all references to “risk” and replaced them with the term “liability”. Have we come full circle? Do we have to accept that the contract will never be able to deal specifically with all risks?

Where the contract does not allocate a risk expressly or by implication, the cost consequences will need to be borne by the party that has to deal with it.

Lindy Patterson QC is arbitrator and adjudicator at 39 Essex Chambers