The first of our quarterly articles on whole-life costs focuses on primary schools. David Weight of Currie & Brown outlines typical expenditure on a basic single-storey building, then analyses the additional capital, energy and repair and maintenance costs of a further two building types

This is the first of a series of articles on cost modelling and morphology. The work by the author started back in the mid 1980s when modelling was developed to integrate capital, energy and maintenance and replacement costs1. Since then, it has developed into Currie & Brown’s Live Options software, which is an integrated suite of geometric, engineering and energy calculation programs.

Whether the development is an office, school, hospital or warehouse, the process starts in the same way, by using a basic but faculty-specific design template. This template is modified to incorporate, for example, changes in the size, shape, and operational performance.

The model had been used for a number of years for large variety of buildings. These have included those with a mixture of courtyards and atriums at different levels; some that are built into sloping ground; buildings that are different in shape and size and storey module at each level and buildings of a wide mixture of complex shapes.

The program integrates fabric and building services components for the purposes of value-engineering. For instance, by increasing the proportion of glazing in the facade, the model will instantly provide a detailed breakdown of what has changed in the design and therefore the cost of the building. This breakdown will include will not only provide details of the capital cost of the physical items, but will also have taken account of its effect on the building in relation to heating and cooling loads and will have made quantified changes to all dependent elements such as chillers and electrical supply loads.

In addition to the capital cost, a change to the energy profile of the facility is calculated; this data is subsequently transferred into the whole-life cost module of Live Options to assist in the assessment of the cost effectiveness and overall viability of alternative solutions when considered against the facility’s projected economic life.

Each component, other than items such as excavation, piling or fees, is associated in Live Options with a series of “cost liability” intervals and rates, in up to four categories:

A component’s future liability data is automatically cash-flowed, discounted and summarised. Net present costs are shown against each component, which assists in making choices and in value-engineering. Planned maintenance events are automatically deducted pro-rata in any year in which part or full replacement occurs instead.

In this article, we consider whole-life costs of primary schools in response to recent advancements in school design. Expectations for primary schools have risen in recent years, and the DfES exemplar schools programme has reinforced this. Budgets and allowances have increased accordingly.

Shown right are the typical capital, energy and repair and maintenance costs for a basic single-storey primary school. Overleaf are the increases or decreases in those costs of the same school with increased ceiling heights and glazing, and on pages 82-83, the figures for a two-storey school with a smaller footprint. 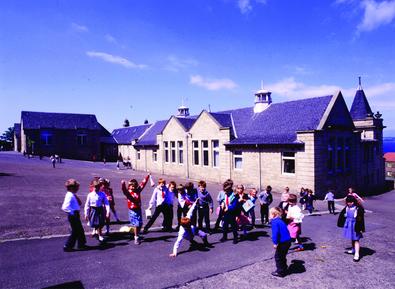 Scenario 1: An increase in ceiling height and glazing – capital costs

This considers a 1.4-storey primary school, in which classrooms are naturally ventilated and daylit on one side only. Daylighting standards too have tended to improve, not only in the level of provision of daylight but in its evenness and distribution. The graph below shows an estimation of the economic effects of increasing the clear height to provide more opening lights at high level, both to assist ventilation and to promote daylight penetration.

Just two model inputs have been changed: the clear height from 2.4 m to 2.7 m, and an increase in the proportion of glazing.

Not surprisingly, most of the cost effects are the vertical elements. The logic would be that these would comprise the same materials from one building type to another, but the weightings and costs would change.

Taking the main elements in order as they appear on the graph:

The extra capital cost of a 300 mm increase in clear height (adding 5% for design and price risk and 5% for construction contingency) is approximately £140,000. 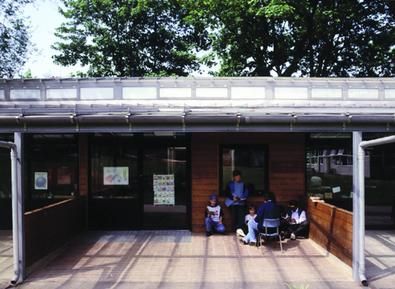 Scenario 1: An increase in ceiling height and glazing – energy costs

Changes in energy costs are illustrated in the table right. Prices for fuels are taken as 7.2p/kWh for electricity and 3p/kWh for gas, which is used for heating.

The NPC is the capital cost equivalent of future amounts, and is the amount of money that, if invested as a sinking fund, would be enough to pay for all the energy over 30 years, based on the assumption that the money would be invested at a rate that is on average, 3.5% greater than the rate at which energy cost inflation would erode the fund’s purchasing power.

With land increasingly in short supply, two-storey primary schools are becoming more common. Also, two-storey construction might enable the new building to be completed prior to demolition of the old school on sites where new-build and demolition would normally have to happen in phases, perhaps using temporary classrooms. Scenario 2 compares the whole-life costs of the two-storey school with the single-storey base building (details on page 78).

In the following example, the gross floor area has been increased for the two-storey school to include the additional area need for vertical circulation if the net (teaching) area is to be similar. In doing this, the model “suggests” the number of stair shafts according to maximum escape distances, and step widths according to BS5588. It also adds a lift, which will be required for access for disabled people.

For this scenario, changes were needed for just three inputs as follows:

Both options assume a steel frame. This is not always required except for the hall, but the use of a structural frame does allow more freedom in the placement of walls, both initially and in the future.

In conclusion, the saving in capital cost, adding 5% for design and price risk and 5% for construction contingency, is approximately £118,000. 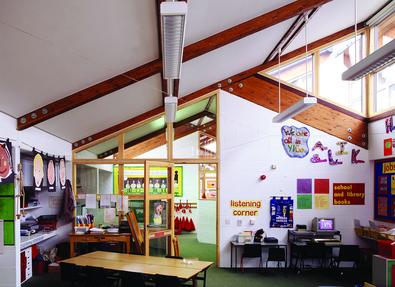 Although the model used by Currie & Brown is good at calculating quantities automatically, this does not replace the need for judgment. Rates may need to be adjusted for economies of scale. Construction time and preliminaries for the form of construction also need to be examined. There will always be matters which sit outside of the model such as enabling works like diverting drains, or works in connection with phasing such as allowing for service diversions and/ or temporary services. The limitations of the model and as well as its strengths must be recognised. About the author
David Weight is a chartered surveyor working with Currie & Brown. E-mail david.weight@curriebrown.com, telephone 07764 353540, or alternatively contact Liam Kirby at Liam.Kirby@curriebrown.com, telephone 020-78348400 or 07977 574136