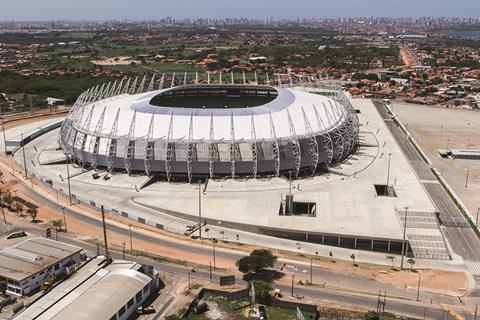 Estádio Castelao has attracted rare praise from FIFA after being the first Brazil World Cup venue to complete and one of only a handful delivered on time and within budget. Built in the early seventies, it had already received extensive renovations, including an upgraded roof and increased capacity, in the 2000s. However, substantial additional improvements were required when it was selected as a World Cup venue. These included a larger replacement roof, the demolition and reconstruction of its lower tier, a new media centre and underground car park as well as a general refurbishment of the stadium. The renovation has also been accompanied by upgrades to the surrounding public transport network that serves it. FIFA has hailed the project as an exemplar for sporting public works.