Building Information Modelling is intended to reduce risk and increase accountability. So will it mean paying less on your insurance? Experts debated the question at a seminar hosted by Building and Zurich Insurance 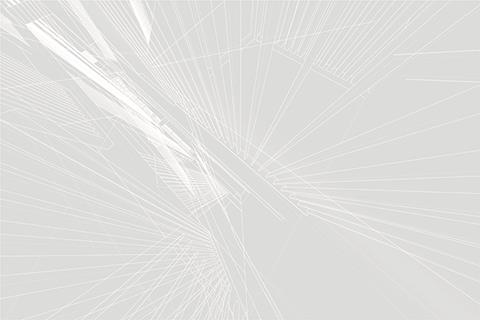 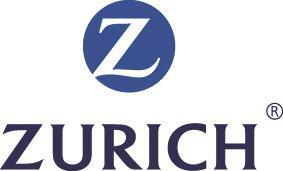 The target for all central government contracts above £5m to use BIM level 2 by 2016 has galvanised uptake of this previously niche technology, and now companies across the construction industry are looking to see how they can use Building Information Modelling to drive efficiencies in design and construction processes.

The promise of BIM is of design teams collaborating seamlessly over virtual models of structures before they’ve been built, detecting any clashes before construction starts, and recording who has done what and when. So it is natural that BIM has excited much interest around its implications for the cost of insurance: if the risks of projects running into problems can be reduced, and responsibility for mistakes can be pinpointed more quickly, then surely the adoption of BIM could reduce personal indemnity insurance premiums?

This question was at the heart of an online seminar hosted by Building magazine and insurer Zurich. But the answer, it seems, is not so simple. Speaking at the seminar Andy Penny, construction underwriting manager at Zurich, said that after canvassing colleagues, clients and rival insurers he came back with a range of answers - including that an initial confusion over roles in a BIM environment could actually increase claims costs, while others maintained that clearer audit trails and better design co-ordination enabling fewer building defects could act in the other direction.

“My initial conclusion is that all of those could be true, which may sound strange because a number of those things are contradictory.

“The question is will BIM drive down insurance cost? Everyone has an opinion but nobody really knows. Everyone’s in a state of flux.”

However, he is certainly not anticipating a rapid increase in premiums. Penny says that under BIM level 2, in which different parties work on their own models, which are then combined at specific points in the design process, the level of design risk individual consultants are taking on should not differ radically from that under existing contracts. And this applies even where a party is the designated “information manager” for the project, because this role entails marshalling the information processing, but not validating the designs themselves. So the insurer doesn’t see a greatly increased risk - or premium.

His view was supported at the seminar by Andrew Marsh, construction partner at law firm DAC Beechcroft, who says the contractual risks in terms of liability for problems should remain largely as they were. “In traditional construction, design should take place within a defined contractual framework to ensure proper function, responsibility and accountability. [In a BIM environment] these standard form contracts are applicable, but they do need some adaptation.

In theory, greater collaboration should mean a better integrated project and less clash issues. but it depends on how clear protocols are

“It isn’t a sea of the unknown out there, there is a framework available, and there are recognised ports of reference where the legal issues can be properly addressed.”
This is addressed by the BIM protocol, produced by the Construction Industry Council last year, which sits above standard legal documents on projects in a BIM environment. But while this is designed to be as straightforward as possible, it necessarily adds a layer of process to manage. Penny says: “In theory, greater collaboration should mean a better integrated project and less clash issues. But it depends on how clear the BIM protocols are and how closely they are followed.”

The question is more whether the potential benefits will ever materialise. “It’d be lovely to think we can drive out defects with this process and that reduced claims will lead to reduced premiums,” Penny adds. “Are we there yet? No. Will we get there? I’m an optimist, I think we will, but this is a first step on a very long road.”

And this is without mentioning higher levels of BIM usage, with level 3 seeing disparate teams collaborate over a single shared model, which could complicate accountability for changes to the model. Penny says: “At level 2 the comfort is provided by the fact it is a federated model - so it is traceable and it is accountable. As it moves up the chain to higher levels [of BIM] then that’s when insurers will start to get nervous, there’s still a great deal of uncertainty about that.”

Chris Mitchell, a director at small architect AWW gave the seminar the perspective of what happens when a small business decides to move its entire processes over to BIM. When polled, 89% of the viewers of the webinar said BIM would revolutionise how construction firms operate. But a similar proportion, 90%, said it was daunting for SME firms.

Mitchell, whose business has been on a “very difficult” six-year investment programme to skill-up for BIM, said it was now really paying dividends. “Six or seven years ago we assumed we’d only use it on large new build projects, but now we use it on all our projects of all sizes. The big thing that it gives us is ease of use early on for 3D modelling, which then gives us more design time.”

But he cautions against jumping on the bandwagon:”We’ve decided to invest in this technology to reap the benefit for us. People have to identify why they’re doing it for their own efficiencies, rather than just to comply with a government target.”

And he says it is important to make sure you can trust all the information that parties upload. “The key thing to understand is that it’s ‘rubbish in, rubbish out’. Without the correct data going in, you’re not going to get the right information coming out. That’s what we’re grappling with.”

All of our Building webinars are available on demand for three months after the live date at: building.co.uk/webinars