Thought for tomorrow: Women work in construction - get over it

We ask readers to share their visions of the construction industry in 25 years’ time. Tracy Harrison-Smith wants the focus on gender to move forward 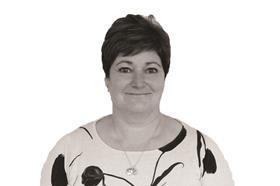 “My name’s Tracy and I’m currently working alongside three other women as part of a largely female site team in Ilford.”

There shouldn’t be anything remarkable about that statement but, let’s face it, there really is.

In an industry where women form less than 2% of the site workforce, my team and I are something of a rarity. That’s not to criticise the efforts of industry and the media to highlight and tackle gender disparity and inequality in construction, but I can’t help but think these well-intended efforts might be having unintended consequences.

Hearing about women in construction is, in itself, not unusual nowadays. Businesses are clamouring to tell the success stories of their female site workers and board members – and good on them for wanting to get these voices heard. But as we hold up these examples and marvel at them, aren’t we just reinforcing the message that they have achieved against the odds? And what perception does this leave with young women who might be considering a career in our sector?

Focusing on gender moved us forward, without doubt, and I congratulate those such as Building that have run campaigns to that end, and my employer, Durkan, that has a particularly progressive approach to encouraging women into the sector. But it’s time to change the conversation.

We need to stop asking women in industry what it’s like to be a female construction worker and start interviewing them about the same broader issues and challenges we’re putting to their male counterparts.

In 25 years’ time I’d like to see an industry where there is nothing remarkable about myself or my female counterparts, other than the professional perspective and intelligence we offer.

Tracy Harrison-Smith is a design co-ordinator at Durkan

Ian Heptinstall is an independent project and supply chain consultant